I was born with a physical defect that made me learn to be a Fighter. Living in a hospital for the terminally ill for the first 9 years year of 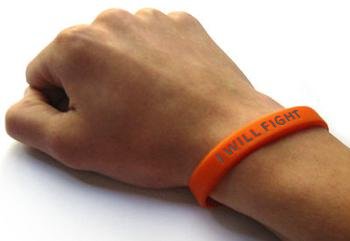 my life, I saw many friends die because of their diseases. No one explained that to me. I had to fight for my physical growth during and after dozens of surgeries. I had to fight in order to walk again.

I became an addict to speed (Meth) because it enabled me to fight. I would shoot and get shot playing in the Underworld. I thought I had to fight for everything. Then I found carny life for a decade. Meth was the only way for me to work 48 hr.+ days. I fought to move steel that weighed more than I did. I am 4 foot 6 inches tall (6 feet 4 inches after smoking a gram or so). I had to fight to keep my job.

Then the Judge sent me to a rehab. A Christian rehab.

I asked everyone “How can any one surrender?” I had over 1/2 of the New Testament & Big Book of AA copied and noted on how could I SURRENDER. But I still did not get it.

One Friday I was carrying my Big Book & Good book, pens, highlighters and notebooks for each along with a 32oz cup of coffee brewed & enhanced with instant coffee. The staff member I had asked about surrender – Gordon B. – said “Surrender to VICTORY with Jesus!” I thew up my hands letting everything fly including the full coffee cup.

HOW Simple! I could surrender to my concept of my ever growing & changing (as I learn more) Higher Power.

In a room full of homeless men and rehab clients laying with my legs off of the bed (the closest I can get to kneeling) I surrendered to my Higher Power. As I started asking for forgiveness I realized I was starting my 4th.Step (having started Steps 1, 2 & 3 when I threw my hands up earlier).

“Surrender to Victory” is still used at the rehab. PTL, I do not have to fight anymore.