Making Up Some “god of your own?”

Some today have made up their own gods and not-gods. They’ve called them chairs, somethings, somebodies, door knobs, light bulbs, the Great Pumpkin, the Big Dipper, and whatever they are told they can do praying to a tree or a table. In later A.A., treatment people, therapists, some AAs, and even clergy began thinking they were some new self-made, extra-terrestrial “higher power.” 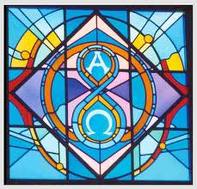 Not so with four important Early AAs.

A.A. Pioneers Heard: “God either is, or He isn’t;” and they chose God!

Here was Bill’s statement of the real Solution for the alcoholic:

There is a solution.

“The great fact is just this, and nothing less: that we have had deep and effective spiritual experiences, which have revolutionized our whole attitude toward life, toward our fellows, and toward God’s universe. The central fact of our lives today is the absolute certainty that our Creator has entered into our hearts and lives in a way which is indeed miraculous.” Alcoholics Anonymous “The Big Book” The Original 1939 Edition: Bill W. With a New Introduction by Dick B. (Mineola, NY: Dover Publications, Inc., 2011), 35-36.

The Pioneers Made Up No God. They Specifically Used Bible Terms

The early AAs were consistent in their references to trust in God, His Son, the Bible, and the power of God that had made their cures possible and effective.

Bill W. said:“Henrietta, the Lord has been so wonderful to me, curing me of this terrible disease, that I just want to keep talking about it and telling people.” Alcoholics Anonymous, 4th ed, 191.

DR. BOB said: “If you think you are an atheist, an agnostic, a skeptic, or have any other form of intellectual pride which keeps you from accepting what is in this book, I feel sorry for you . . . . Your Heavenly Father will never let you down!” Alcoholics Anonymous, 4th ed., 181.

A.A. Number Three (Bill D.) said: “That sentence, ‘The Lord has been so wonderful to me, curing me of this terrible disease, that I just want to keep telling people about it,’ has been a sort of a golden text for the A.A. program and for me.” Alcoholics Anonymous, 4th ed., 191.

When You Pray for Help, Would You Ask a Light Bulb to Cure You!