Proverbs 17:14 NRSV
The beginning of strife is like letting out water;
so stop before the quarrel breaks out. 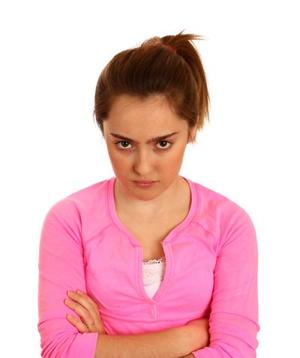 Ever punch a hole in a container full of water? This proverb is absolutely true. You can put all manner of things against the hole, but it’s almost impossible to stop the water from seeping (or pouring) out!

There are many things in our lives that, once begun, are difficult to stop. Anger and fighting is one of them. I grew up in the generation that said that when you’re angry, you need to “talk it out” in order to dissipate the emotions. Newer studies are showing that talking, when you’re angry, can lead to escalation, rather than de-escalation.

“Seymour Feshbach, an early pioneer in anger research, explored hostility and aggressiveness by taking a group of young boys who were not especially aggressive or destructive and encouraging them to kick furniture and play with violent toys. They did so enthusiastically. Instead of draining these boys of aggression, the aggressive ‘play’ actually increased it. The boys became more rather than less hostile and destructive. As opposed to letting off steam, expressing hostility toward another person may increase rather than decrease hostile feelings” (How to Stop Losing your Life to Anger. Hightower, 2002).

Hightower’s research would agree with scripture which says to stop strife and anger at the beginning before our emotions get out of control. An earlier proverb gives us an example of how to handle an angry situation:

A soft answer turns away wrath, but a harsh word stirs up anger. The tongue of the wise dispenses knowledge, but the mouths of fools pour out folly. Proverbs 15:1-2 NRSV

James talks about how easily it is to lose control when we speak:

The tongue is placed among our members as a world of iniquity; it stains the whole body, sets on fire the cycle of nature, and is itself set on fire by hell. . . . no one can tame the tongue — a restless evil, full of deadly poison. With it we bless the Lord and Father, and with it we curse those who are made in the likeness of God. From the same mouth come blessing and cursing. My brothers and sisters, this ought not to be so. James 3:5b-6, 8-10 NRSV

Samuel Johnson, an English poet, once said, “It is better to remain silent and be thought a fool, than open one’s mouth and remove all doubt.”

The fact is, when we are angry, we tend to say things that we wouldn’t normally say. As the situation deteriorates, we feel less and less in control. In order to try to regain control (and often, to manipulate the other person), our attempts may become more and more desperate and we begin to say things we would never consider saying in a less heated situation. We say things that are very hurtful and those words hang between us and the other person for a long time to come.

The Christian is commanded to have a different response when we are attacked. Peter wrote:

Isn’t that what Christ did for us? And aren’t we to imitate Him in all things? We don’t need to stand up for ourselves, to defend ourselves, or to insure our rights. God is fully able to do that for us. Our responsibility is to respond, in all situations, with the fruit of the Spirit:

God will take care of everything else.