Why Take Them Before You Know What the A.A. Cofounders Said about Them?

Both Bill Wilson and Dr. Bob Smith, the cofounders of A.A., spoke explicitly on where the 12 Steps came from. In sum, they stated that the basic ideas came from: (1) the Bible; (2) Dr. William D. Silkworth; (3) Professor William James; and (4) Reverend Samuel M. Shoemaker, Jr. 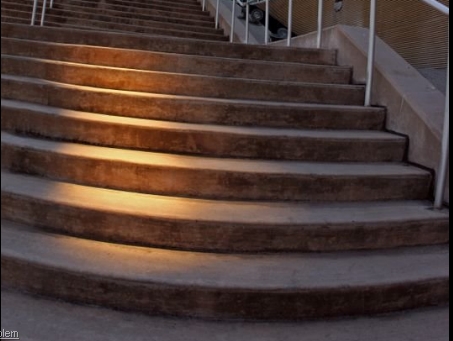 As we will see in this article, that is not the whole story. But here’s what A.A.’s cofounders said:

In his last major address to AAs, delivered in Detroit in 1948, A.A. cofounder Dr. Bob stated:

When we started in on Bill D., we had no Twelve Steps . . . we had no Traditions. But we were convinced that the answer to our problems was in the Good Book. To some of us older ones, the parts that we found absolutely essential were the Sermon on the Mount, the thirteenth chapter of First Corinthians, and the Book of James. [The Co-Founders of Alcoholics Anonymous: Biographical Sketches: Their Last Major Talks (NY: Alcoholics Anonymous World Services, Inc., 1972, 1975), 13.]

It wasn’t until 1938 that the teachings and efforts and studies that had been going on were crystallized in the form of the Twelve Steps. I didn’t write the Twelve Steps. I had nothing to do with the writing of them. But I think I probably had something to do with them indirectly. . . . We already had the basic ideas, though not in terse and tangible form. We got them, as I said, as the result of our study of the Good Book. [The Co-Founders, 14.]

So, then, how did we first learn that alcoholism is such a fearful sickness as this? Who gave us this priceless piece of information on which the effectiveness of Step One of our program so much depends? Well, it came from my own doctor, “the little doctor who loved drunks,” William Duncan Silkworth. [p. 297]

Who, then, first told us about the utter necessity for such an awakening, for an experience that not only expels the alcohol obsession, but which also makes effective and truly real the practice of spiritual principles “in all our affairs”? Well, this life-giving idea came to us of AA through William James, the father of modern psychology. It came through his famous book, Varieties of Religious Experience. . . . William James also heavily emphasized the need for hitting bottom. Thus did he reinforce AA’s Step One, and so did he supply us with the spiritual essence of today’s Step Twelve. [pp. 297-98]

Having now accounted for AA’s Steps One and Twelve, it is natural that we should next ask, “Where did the early AAs find the material for the remaining ten Steps? Where did we learn about moral inventory, amends for harm done, turning our wills and lives over to God? Where did we learn about meditation and prayer and all the rest of it?” The spiritual substance of our remaining ten Steps came straight from Dr. Bob’s and my own earlier association with the Oxford Groups, as they were then led in America by that Episcopal rector, Dr. Samuel Shoemaker. [p. 298]

What God was Bill Wilson speaking of? In The Language of the Heart, Bill wrote at page 284:

And then the great thought burst upon me: “Bill, you are a free man: This is the God of the Scriptures.”

Ever since he [Bill W.] and [Dr.] Bob had tried to shape a program, their ideas had been based on Oxford Group principles: first admitting they were powerless over alcohol, then making a moral inventory, confessing their shortcomings to another, making amends whenever possible, and finally praying for the power to carry out these concepts and to help other drunks. [p. 282]

The difficulty with all these somewhat-conflicting statements is that the Twelve Steps themselves came from a much broader group of resources than any of the writers stated.

Why Take the 12 Steps Before You Know the Details about Their 26 Sources?

There are three different types of roots of the sources of the 12 Steps. Two of the three are detailed in a recent title my son Ken and I wrote: Dick B. and Ken B., The Dick B. Christian Recovery Guide: Historical Perspectives and Effective Modern Application, 3rd ed. (Kihei, HI: Paradise Research Publications, Inc., 2010). They are:

So what are these 26 wellsprings or sources of the 12 Steps upon which Bill Wilson drew when he put together the Big Book published in 1939? In three of my recent titles, I listed and explained what are at least 16 different sources of the ideas Bill Wilson finally incorporated into the Twelve Step program he fashioned and presented in the first edition of Alcoholics Anonymous. Yet the more one searches for specifics, and the more one researches, the more the fullness of the wellspring details becomes.

In brief, there are 26 wellspring ideas incorporated into the Twelve Steps as presented in the text of the first edition of Alcoholics Anonymous, published by Works Publishing Company in 1939. These sources include:

Through the years of my research and writing, all of the foregoing 26 ideas have been discussed; and today, substantial documentation can be found in several of my titles, including: (1) Dick B. and Ken B., Dr. Bob of Alcoholics Anonymous: His Excellent Training in the Good Book As a Youngster in Vermont (Kihei, HI: Paradise Research Publications, Inc., 2008), 275-99; (2) Dick B., A New Way Out: New Path-Familiar Road Signs-Our Creator’s Guidance (Kihei, HI: Paradise Research Publications, Inc., 2006), 14-32; and (3) Dick B. and Ken B., The Dick B. Christian Recovery Guide, 3rd ed.

Why Take the 12 Steps but Avoid the Prime Source of Instruction?

It would appear that today’s AAs and A.A. critics are stuck with ideas and approaches which seem to fill their individual beliefs, unbelief, or creeds-which sadly do not point them to the one place where the initial instructions for taking the Twelve Steps can be found.

We will suggest an approach, particularly for Christians, in a subsequent article. But it would be well to point to several inconsistent approaches today that leave something to be desired-by all concerned.

** Study the “Personal Stories” in the Big Book-including the original stories in the first edition (1939), all but three of which are omitted from the fourth edition (2001).

** Use one of the many secular “Step guides” that have all sorts of interpretations and have been published by Joe and Charlie from the Big Book Seminars, Hazelden (in a variety of forms), and a host of individuals.

** Use one of the so-called “Recovery Bibles”: Life Recovery Bible, Serenity: A Companion for Twelve Step Recovery, Recovery Devotional Bible, and the Celebrate Recovery Bible. Most are filled with page after page of attempted correlation of the Steps to the verse or section of scripture being read at any given time.

** Use one of the innumerable “Christian Step Guides” now in print, most of which append a writer’s view of one or more Bible verses deemed to be relevant to the Step under study.

Can any or all of the foregoing and other approaches be reconciled with the Bible and the Big Book? Can the Big Book and the Bible be reconciled at all? Can the Steps be used as life-changing guides emanating from biblical basics? Can the accuracy and integrity of the Word of God be preserved by a Big Book-Bible student who would like to utilize the Steps, the A.A. Fellowship, and the Bible in recovery? Can one study the Bible in conjunction the Big Book presentation of the Twelve Steps and meet the “requirement” of the Book of James-“But be ye doers of the word and not hearers only, deceiving your own selves” (James 1:22).