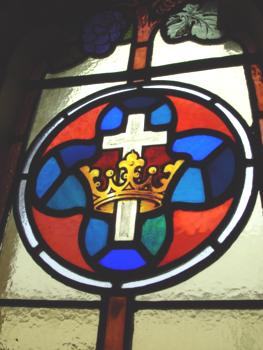 Evil propagates itself by a chain reaction. It is like a bad coin, which is passed on from one person to another until it reaches someone who will put it out of currency by absorbing the loss. If one man injures another, there are three ways in which evil can win a victory and only one way in which it can be defeated. If the injured person retaliates, or nurses a grievance, or takes it out on a third person, the evil is perpetuated and is therefore victorious. Evil is defeated only if the injured person absorbs the evil and refuses to allow it to go any further. It is this kind of victory which Paul describes when he says that Christ died to sin.1

G. B. Caird has given us a brilliant insight: the defeat of evil is often determined by the injured person! How? It is that person’s choice to absorb the evil through longsuffering, meekness, and love. When people do this, they prevent their personal injustice to percolate and transform itself into something they take out on another. The sin stops with them.

Isn’t this why Paul admonishes,[F]athers, do not provoke your children to wrath. (Eph. 6:4 NKJV) and Do not provoke your children, lest they become discouraged. (Col. 3:21 NKJV)? Yet how often do fathers engage in that very thing? How often do fathers take their own sense of injustice and transfer it as anger directed at their children? In other words, fathers – and anyone for that matter – can multiply the effect of one sin. They can transfer it to their children, and then their children can take it out on others. It’s the multiplication of sin and Satan’s effective means of neutralizing our righteousness.

Paul also says, Be ye angry, and sin not: let not the sun go down upon your wrath. (Eph. 4:26). Our anger must never be converted into sin directed against another, and this is sure to happen if we let the sun go down upon our wrath. That means we are allowing the anger – derived from a perceived injustice – to simmer and grow. And when it is fully developed, it will cause further devastation. As James declares, there is an evolution to sin:

James goes on to admonish his readers to restrain themselves from reactionary behavior such as anger, because, as the new creations of God (v. 18), we cannot advance righteousness in that manner:

Wherefore, my beloved brethren, let every man be swift to hear, slow to speak, slow to wrath: for the wrath of man worketh not the righteousness of God. (James 1:19-20)

To remedy this, we look to Christ and our identification with His death and Resurrection. As Caird notes above, Christ died to sin; and Paul rhetorically asks in Romans 6:2, How shall we, that are dead to sin, live any longer therein? We are to consider ourselves as dead to sin (v. 11), and therefore not yield our members to its service (v. 13). If we are dead to sin, how then can we transfer it to another? We should therefore be like lightning rods that absorb the strike and neutralize it into the ground lest it destroy something else. Rushdoony states it this way:

Our personal victory over evil comes in preventing it from warping us into a mind governed by a reaction to evil, i.e., dominated by what has been done to us rather than by what the Lord requires of us.2

Excerpt of article by Christopher J. Ortiz  »  Bio
January/February 2009 issue
Faith For All of Life “A Crown of Thorns: Reigning Through Suffering”

Christopher J. Ortiz is the Editor of Faith for All of Life and the Director of Communications for the Chalcedon Foundation.