If anyone sins, we have an Advocate with the Father, Jesus Christ the righteous.1 John 2:1

From time to time we hear – sometimes even in the secular media – of some prominent Christian who has fallen into scandalous sin. I remember when Jim Bakker and Jimmy Swaggart very publicly got caught in sin, and they were neither the first nor the last people to endure those circumstances. When we see such famous people – famous, at least, in Christian circles – fall into sin, many questions can come into our minds. 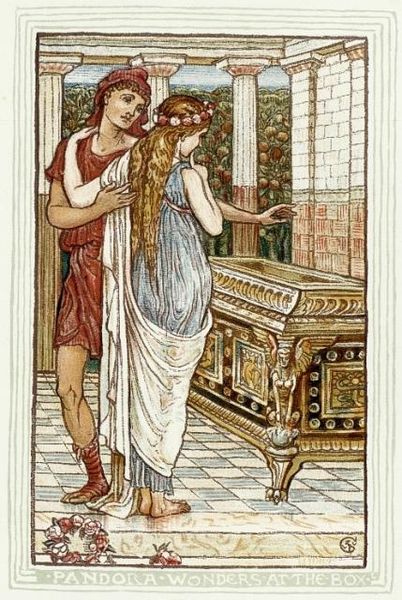 Obviously we wonder whether these people are actually Christians – a legitimate question, though we have to be careful not to condemn on partial evidence, for what would someone think of us if he had no more hard facts than we receive through the media? There is also the question of what happens to such people if they are in fact truly regenerate. Sometimes it might seem that a sin is so public, and so egregious, that surely the person involved must have lost his salvation if he ever had it.

Of course to create doctrine based solely on our reason is dangerous – our minds are as fallen as any other part of us, and are as subject to malfunction as our hearts or eyes. We simply don’t think clearly in this world – the most brilliant preachers and theologians in history (I think offhand of Jonathan Edwards, Charles Spurgeon, D. Martyn Lloyd-Jones, and J.I. Packer – with a little work I could extend the list a long way) have not been as brilliant as they would have been had there never been a fall. Every one of us, from little children just born to certified geniuses, suffer from the effects of the fall on our minds. This is one reason why we must always derive our doctrine from the Scriptures, and subject our doctrine to the Book, for there is no human mind capable of infallibly reasoning its way to the truth.

And when we think of the

Scriptural teaching on the matter, we find that there are many reasons, reasons piled upon reasons, why a genuine Christian can’t possibly cease to be a child of God. Just rattling some things off quickly, for someone to “fall from grace” would require that the atonement which Jesus made on his behalf become null and void, the regeneration which the Holy Spirit wrought within him fall to dust, the Father’s adoption of him prove invalid, he perform the impossible task of snatching Himself out of the divine hand. To sum it all up, for someone to cease to be a Christian requires that he exercise greater power than God – which would make him God, and God no god at all.

One of the many things which render the theory of losing one’s salvation untenable is our text. Now before I go further I want to say that the apostle in writing his letter had no intention of leading wicked sinners to a false security, and neither do I have any such intention. What John said here emphatically does NOT mean that we can deliberately sin and get away with it. On the contrary, the Biblical teaching is that someone who willfully sins isn’t a Christian in the first place.

If we go on sinning willfully after receiving the knowledge of the truth, there no longer remains a sacrifice for sins. Hebrews 10:26

Those who make a conscious habit of sin are outside of grace, they are outside of Christ, they are outside the saving work of the cross, and our text doesn’t apply to them. What they need isn’t an Advocate, but a Redeemer – they need not provision for sin after conversion, but conversion itself. They need to become Christians, because until they repent and believe, there is hope for them.

But for those of us who are Christians, this text offers great comfort. Consider, for a moment, our condition if having been saved, we now have to maintain ourselves in a condition without sin, or lose our salvation. In the first place, if that were true we would all surely fall, for as someone (no doubt many someones) has said, if we could lose our salvation we would lose it. And in the second place, the Bible says, in a passage that some have used to contend for the possibility of falling from grace, that:

In the case of those who have once been enlightened and have tasted of the heavenly gift and have been made partakers of the Holy Spirit, and have tasted the good word of God and the powers of the age to come, and then have fallen away, it is impossible to renew them again to repentance, since they again crucify to themselves the Son of God and put Him to open shame.” Hebrews 6:4-6

But now let us introduce our text into the picture. John says first, “if anyone sins.” I was curious as to the word which the translators render as “if,” so I did some research, and found the following:

It seems to me – and I’m not a Greek scholar, so I may be misunderstanding things – that this Greek word is somewhat stronger than our English word “if.” When we say “If such-and-so,” we are expressing some doubt as to its possibility. But from what I gather regarding this Greek word, it comes closer to expressing possibility than unlikelihood. My understanding leads me to think that we could perhaps render the phrase, “It is likely that one will sin.” There is still some possibility, in this understanding, of sin not occurring (though in the context of the entire Bible we see that no one, not even a saved person, ever does live completely without sin), but the idea is that it’s likely that the individual will sin.

I could, of course, be wrong; as I said – and this is my “standard disclaimer” when teaching a class

But either way, John continues and says that “we have an Advocate with the Father.” This reminds me of the Scottish legal system. In Scotland (as in England) lawyers divide into two categories. Solicitors do their work in the office – they prepare wills, they do research, the devise strategies for courtroom cases. But when the case goes to court, another lawyer sits at the table and argues his position – the advocate. And that’s what Jesus is for us. He is the Advocate, who stands before the Judge and pleads the case. He serves, in this image, as our defense attorney.

The Bible frequently uses courtroom imagery to make a point. The Scripture speaks of Satan as “the accuser of our brethren” (Revelation 12:10), depicting him as a prosecutor seeking a conviction from the court. And the fact is that Satan has much to legitimately charge us with.

How many of us can say that we’ve never sinned? None of us, for even if we have (and we haven’t) lived without sin after our conversion, we weren’t sinless prior to it. Satan can bring before God our thoughtless words, our inconsiderate actions, the things we’ve said and done that we might not even have noticed or realized were wrong, but which conflicted with the revelation and the character of God. The devil needs no legal trickery.

There’s an old legal saw that says, “When the law is against you, argue the facts. When the facts are against you argue the law. And when both are against you, throw yourself on the mercy of the court.” Well, Satan never needs to throw himself on the mercy of the court, for both the facts and law condemn us. If God were to judge us on the basis of just the greatest commandment (see Matthew 22:37-38), we would, every one of us, plunge immediately into hell.

But, John says, Jesus is our Advocate with the Father – our defense counsel who pleads our cause before the righteous Judge. And Jesus has a greater fact and a greater law on his side than all the facts and all the law that the devil can muster. The Bible says, “Behold, I have inscribed you on the palms of My hands” (Is. 49:16), and Jesus merely needs to stand before the heavenly bench and hold out His hands, where our names are inscribed in the marks of the nails, and He wins the case. Yes, we have sinned – but Christ died for us. Yes, we have over and over failed to live according to our profession, but Christ shed His blood on our behalf. Yes, our thoughts have not been toward God as they ought to have been, but Jesus went to cross in our place. Yes, we deserve the utmost fury and wrath God is capable of, but the Lord Christ bore that wrath, every particle of it, and the Judge cannot therefore pour it out again on us. If we are in Christ, then He has suffered the punishment we deserve, and we receive His perfect righteousness.

What happens when Christians sin? Jesus rises in the heavenly courtroom, and intercedes for His people.

“He is able also to save forever those who draw near to God through Him, since He always lives to make intercession for them. Hebrews 7:25

It is not that sin is unimportant, or that there are no consequences following from it – indeed, Charles Spurgeon reminds us that “Christians can never sin cheaply; they pay a heavy price for iniquity.” (Morning and Evening, May 30, evening) – but that Jesus has already paid the full price, and now pleads our case before the Father. There is something of the Levitical priesthood in Jesus’ work as our Advocate (and indeed the author of Hebrews makes the point that Jesus is our great High Priest), for not only is He simply arguing the case, but He has brought into the heavenly Most Holy Place the blood of the eternal covenant, His own precious blood, and presented it before the Father as the infinitely sufficient sacrifice for sin.

What happens when we sin? Many things, but the matter of our salvation is settled already. In that matter, the proper question is, what has already happened? And the answer is, Jesus has already died, He has already paid the full price, He has already redeemed forever every single one of His sheep, and He has already entered heaven to present His work to the Father, who has already accepted it in full.