How many times have you turned on the television, only to hear yourself say, “There is nothing to watch!” How many hundreds of channels do we have and yet for one hour, we can’t find anything worth watching? 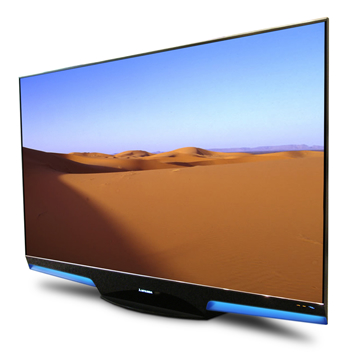 Myself, I have Bell Express Vue (satellite TV by Bell Canada). I have over 100 channels I can access and yet time and time again I say that I can’t find anything to watch. It is especially hard when the writers of all the major shows on television are out on strike and you watch rerun after rerun of the same show.

Now contrast the above situation with this: How many times have you opened your Bible and said, “I can’t find anything to read!” or “There s nothing of interest to learn about in The Bible.” I doubt anybody has ever said that, who truly loves the Lord.

This study came to me when I was in the shower thinking that there was nothing to watch and that I would likely end up going to bed early. That’s when the idea came of how much time we spend in front of the television but not before the Lord with our Bibles and our hearts. I was instantly guilty of putting my TV time before God’s time.

The website www.dictionary.com has 9 definitions for the word IDOL. One of them is relevant to this study: any person or thing regarded with blind admiration, adoration, or devotion.

How much time do you DEVOTE to the television, video games/playstations, movies etc.? I personally could use a little less time in front of my huge monitor called a television, and more time in God’s Word. And the odd thing is, when I do get into the Bible, I enjoy myself so much. I don’t miss the shows on TV or the people I admire who make millions for pretending to be someone they are not.

When was the last time you opened your Bible and sat and read it for an hour? Or, when was the last time to bought a Bible Study book and studied a devotion in it every day to learn more about God, how to be a Christian, how to live in faith, how to share our faith and so on? The thing is, that nowadays, we don’t even have to purchase a separate Bible study book. Many Bibles come complete with a daily reading plan to read through the Bible in a year, a daily Bible Study that you spend about a half hour in God’s Word, and as extras, many come with dictionaries, concordances, maps and many more such great tools to make Bible Study interesting and fun.

Personally, I think it is high time Christians started setting the example again of how to spend quality time without spending it in front of the television where we are bombarded with war, death, abuse, lies, sex, and more criminal activity than anyone should bear. If you are looking for that kind of adventure, look in the Bible. The Bible has all of these elements AND how to respond to them and what to do about them. Instead of just taking in the negative by watching it on a huge screen, read about what you can do about it, what you can learn about it, or even write your own short story about what you have learned. It doesn’t have to be professional to be fun.

Prayer:
Father, forgive me for spending my precious time in front of a tube that offers nothing but indulgence in violence and crime. Cause me to open Your Word more often and to turn off the tube to television or whatever takes me away from You. Teach me to love Your word and cause it to grow in my heart. May I be a positive example of a life that a Christian should live. In Your Precious Son’s name. Amen.