A. The importance of emotional self-awareness.
In a 1992 SRI Gallup study, commissioned by the Knox Area Rescue Ministry, six critical “life themes” were identified in the lives of people who recovered from homelessness. Among the most important was the “Self-Awareness ” theme, which they described in this manner: 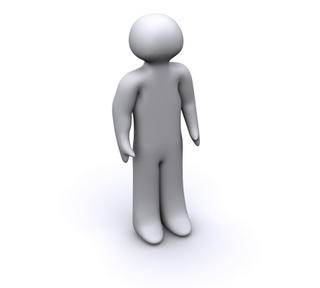 Persons who are high on the Self-Awareness theme are in touch with their own emotions. They can name the feelings that are surging through themselves… As they grow, they can discuss their emotions with other people and they will tend to express them to other people rather than keep them inside. Then, they can talk about how they feel about their own life and its hurts; they can say that and then ask for help in making the corrections. They can own the bad things that have happened to them in their life, and they can know the good feelings that they want to achieve.

Those lacking emotional self-awareness tended to be patently unmotivated. They have little that excites them either positively or negatively. If they have feelings, they are confusing rather than something that drive them to action.” (1)

B.The affect of troubled families on emotional health
A large percentage of homeless addicts grew up with an addicted or dysfunctional parent. As children they experienced inconsistency, chaos, fear, abandonment, denial, and real or potential violence. In this environment they learned to survive by suppressing their emotions. They were told that their perceptions were wrong and that their feelings are not acceptable. The rules of troubled families, according to Claudia Black in her book It Will Never Happen to Me are “don’t trust, don’t feel, don’t talk.” The result is constricted emotions, especially in the areas of intimacy, tenderness, and sexuality. It is no surprise that these children are eight times more likely become addicts themselves.

C.The impact of addiction on emotional health
The first step down the road to addiction is the use of mood-altering chemicals to manage one’s emotions — especially the heavy ones like self-doubt, anger guilt, fear, and grief. Emotions cannot be “compartmentalized.” If undesirable feelings are suppressed by drinking or drugging, addicts also lose touch with the desirable ones as. This condition has sometimes been called” “living life from the neck up.” When an individual has lost touch with his or her emotional life, all of life becomes a frustrating endeavor to figure things out without the vital signals that come from our feelings.

D. Emotional dysfunction and the development of denial
The abuse of alcohol or drugs always leads to painful consequences like being fired from a job because of failure to show up after drinking binges. Marriages break up and relationships with other loved ones are destroyed. They experience car wrecks and health problems. Such consequences normally cause people with healthy emotions to take stock of their lives –and to make changes in their behavior to avoid experiencing them in the future. But, for addicts, instead of changing their behavior, they use drugs and alcohol even more to dull the uncomfortable feelings they produce! They intellectualize and rationalize their behavior and shift the blame off themselves and on to other people.

When God created man in His own image, He created us with intellectual capacity, a free will, and emotions. These three, together, constitute what the Bible calls “the soul.” As we exercise our free will in day to day decisions, what we end up doing is usually based more upon our emotional perceptions than upon our intellect. Even the less desirable feelings, like anger, fear, and guilt are necessary for an accurate view of reality – and are intended by God to spur us to action. Suppressing them with alcohol and drugs is a big part of the addict’s distorted perception of reality we call “denial.”

E.The journey toward emotional well being
For addicts, discontinuing the use of alcohol and/or drugs to manage their emotions is the first step. They need to start feeling the feelings. This can be an extremely painful experience for people who have been working overtime to avoid them. Still this is no guarantee that they will recover emotionally. Too often, addicts compulsively engage in other activities, like work, to continue avoiding and managing their feelings.