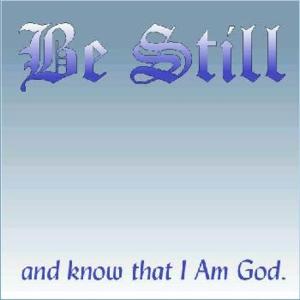 Now these things are warnings for us, not to desire evil as they did. Do not be idolaters as some of them were; as it is written, “The people sat down to eat and drink and rose up to dance.” We must not indulge in immorality as some of them did, and twenty-three thousand fell in a single day. We must not put the Lord to the test, as some of them did and were destroyed by serpents; nor grumble, as some of them did and were destroyed by the Destroyer. Now these things happened to them as a warning, but they were written down for our instruction, upon whom the end of the ages has come. Therefore let any one who thinks that he stands take heed lest he fall. No temptation has overtaken you that is not common to man. God is faithful, and he will not let you be tempted beyond your strength, but with the temptation will also provide the way of escape, that you may be able to endure it.

Historical accounts in the Old Testament are both true and pictorial. In that, I mean that they both actually happened and have been recounted for us as a way for God to show us truths of our relationship with Him.

The children of Israel were freed from Egypt and given the hope of the Promised Land, Judea. Between the two, there was a journey they would have to make. In normal travel, it would take a matter of days. In actuality, because of their sin, it took 40 years.

Paul shares with us that there were those in the company who left Egypt (left the life of sin) but never reached the Promised Land. While they were witnesses and participants in a number of miracles, they continued to allow themselves to be tempted into sin and they died in the desert.

Paul says: “these things happened to them as a warning, but they were written down for our instruction, upon whom the end of the ages has come.” In other words, what the Israelites went through was a warning to them, a warning many ignored. And now, this is recounted to us as instruction; we are to learn from their mistakes.

We are a people that doesn’t learn well from others’ mistakes. It seems fairly common that most Americans claim they need to live their own lives, make their own mistakes in order to learn. That, in a fact, should not be the way of the Christian. This isn’t the first time that we are told, in scripture, that history has been preserved for us in order that we might learn from it and not repeat the same mistakes.

Paul gives a list of the “lessons” we are to learn from the Jews’ experience in the desert:

It’s interesting that the list of “sins” really runs the gamut of human behavior, everything from indulging in immorality (adultery, pornography, fornication) to not grumbling to simply not desiring evil. And Paul doesn’t give self-help tips for avoiding these sins; he simply says not to do them.

In other words, in each action, in each thought, we have a choice. And he admonishes us to choose holiness and righteousness over sin, to choose the Lord over our flesh, to choose heaven over the world.

Paul ends, however, with this marvelous promise: “God is faithful, and He will not let you be tempted beyond your strength, but with the temptation will also provide the way of escape, that you may be able to endure it.”

I think that, too often, we don’t look for the way of escape because, if the facts be known, we don’t want to have to endure the temptation, even if there is a way of escape. I think about the new studies that say that, once we’ve eaten the portions we know to be healthy, we need to wait 20 minutes because it takes that long for the brain to process that we are truly full. It seems to me that this might be similar to the idea of temptations. If we simply waited and refused to act on the temptation, rather than jumping right now on our first impulse, we would more readily see God’s way of escape and be able to take it.

Unfortunately, we have become a fast-food society, a people that want what we want right now without the waiting. Instant gratification. And that’s simply not how life is.

We need to learn to wait. Isaiah 40:31 says: “they who wait for the Lord shall renew their strength, they shall mount up with wings like eagles, they shall run and not be weary, they shall walk and not faint.” RSV

In fact, there are many verses about waiting upon the Lord and receiving strength after the waiting.

The Jews in the desert weren’t content to wait. They wanted the promise now, rather than waiting until they reached the Promised Land. As Christians, we need to learn to wait for the gratification that will eventually come, both here on earth, but more so in Heaven. We need to learn to deny ourselves, to put off the sin, and to persevere through this life, as hard as it is, so that we might one day receive the Hope of the Promise . . . eternity with the Lord Jesus Christ.