We have to become willing to tolerate the discomfort of a frustrated impulse – an incredibly difficult thing to do. Because not acting out is like developing a new muscle. It feels there’s something wrong, were being brainwashed, we’re making a terrible mistake. 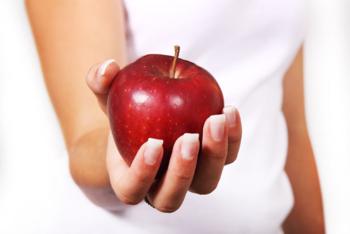 Ironically, many of us sexual compulsives seem on the surface to be easygoing and flexible people. But when it comes to changing our minds about acting out, it would appear no force on earth can stop us. Here are some practical steps designed to break through the sexual compulsive’s “whim of steel”:

Pick up the phone: Don’t tell yourself people don’t want to be bothered: phone calls are one of the ways we all stay sober. SCA is a selfish program, and everything we do in it – including getting phone calls – is for our own sobriety. Try calling somebody with a lot of sobriety. In times of danger it’s more important than ever to “stick with the winners”.

Get to a meeting: Drag the body, even if you don’t want to – especially if you don’t want to. Don’t talk about it, just do it. Even if you feel you’ll die if you don’t act out. You need to “bring the body” when the mind doesn’t want you to get better. Go to meetings, even when there is something “more important” or more exciting or more fun you want to do.
Very subtly your value system will get healed.

Take the First Step: Repeat the words “We admitted we were powerless over sexual compulsion – that our lives had become unmanageable, ” until the meaning begins to sink in. If we really accept that we have no power over our compulsion, we will be able to turn it over – to God, to our sponsor, to the program. Get an interim sponsor: It doesn’t have to be a permanent marriage. Tell someone you’re in trouble and need help. All you have to do is ask for it.

Read good recovery and Christian books: It can tide you over till you’re able to make contact with another member. It also deepens your knowledge of the program, and no matter how often you read it, there’s always something surprising to learn.

Read over your sexual recovery plan: Remembering our goals helps us lose the craving to go back to the anguish and confusion we are beginning to ease out of.

Postpone the slip: Remind yourself you can have it later but you’ll talk to someone first.

Pray: Pray for help from your Lord and Savior. Particularly effective is the Serenity Prayer: “God, grant me the serenity to accept the things I cannot change, the courage to change the things I can, and the wisdom to know the difference.” In emergency situations some of us use it as a mantra, saying it over and over till the crisis passes.

Break the habit pattern: We can’t get sober in a vacuum. We can’t simply stop destructive behavior. We have to replace it with healthy new activities. Often we have to be as compulsive for a time about sobriety as we were about acting out. Try taking creative actions you’ve never taken before. Prove to yourself you’re capable of a health action by taking it.

90 meetings in 90 days: A surefire way to learn the true meaning of “First things first.” Making a meeting every day no matter what is a foolproof way to discipline deep habits of “giving in” and self-indulgence – habits so deep they seem our true selves rather than the voice of our illness.

Deep breathing: If you feel a panic attack coming on, try taking slow deep breaths until sanity begins to return. Try other healing physical activities like soaking in a hot bath or looking in a mirror and saying “I love you.”

Become willing: Open your mind to the possibility of giving up the slip, rather than giving in to it. It will feel that there’s no way you can break the power of your own will. There is. But it can only be done by taking a positive action. Willingness is action. Remember, there is hope, there is a future.

Think the slip through: Ask yourself, Will you really get what you want if you go through with this? Don’t dwell on how exciting it’s going to be, but remind yourself of the misery that inevitably has to follow.

Accept that you are a sexual compulsive: Don’t blame yourself for wanting a slip. But don’t give in to it, either.