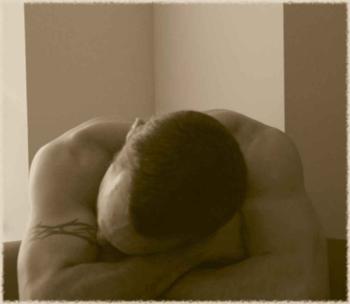 A Reality in the Church

I can hear you protest, “That’s the pagan world, not the church!” Are you sure? My personal experience and my pastoral experience have taught me otherwise. I’ve been ordained for over thirty years. I’ve served as pastor in two congregations, as a theological professor and as a biblical counselor. The threat is real, present and dangerous. It is much worse now than thirty years ago. While I do more counseling than most pastors, I have discovered that my experience is typical of dozens of other pastors, as I’ve talked with them, prayed with them and advised them on numerous cases.

Personally, on our home computer, spam (unsolicited mass e-mail) has included pornography pushing heterosexual sins, homosexuality, bestiality, and sadomasochism. Yes, ancient Rome would love this technological bonanza; Sodom would shout for joy as sin becomes so simple. Dear saints, we are slouching towards Gomorrah. As Professor Peter Jones has shown well, we have degenerated into a Roman Empire of pagan passions.

The Biblical Solution
To paraphrase a line from our history, “Heaven-we have a problem!” But we have a powerful, loving, sovereign Savior who rules and reigns in heaven! He has the answers to this dilemma and is more than willing to help us overcome the enemy of our souls and live pure, victorious lives in this evil and perverse generation (Phil 2:14-16). The solution is twofold. First, we must define these sins biblically. Second, we must biblically define God’s solution to these sins.

What does the gospel say about these lusts? What would a pastoral approach to them look like? Is there any realistic hope for victory? Let’s try to summarize a biblical plan of care. I believe there must be at least the following seven things in a biblical pastoral plan that will result, Lord willing, in the renewal of a soul scorched by sexual sin: regeneration, renewed repentance and faith, a renewed mind, renewed obedience, regular use of various means of growing in grace, regular reporting to responsible shepherds, and reading good literature on these subjects. I address the issue of lust in men, but the same is true for women. Consider each one in sequential order.

REGENERATION:
Jesus made it clear that the new birth is not optional, but absolutely essential. The unregenerate church member is incapable of producing the fruit of the Spirit as opposed to the deeds of the flesh (John 3:3-8; 15:4-5; Gal 5:16-26). If the disciple is a goat and not a sheep, chaff and not wheat, deep and lasting change is impossible. While a subjectively oriented inquisition is not helpful, a gentle probe can help. If Dr. C. John Miller had not probed my heart when I was in my first year of seminary, I might still be fighting a losing battle against my sins of the flesh, failing and on my way to a Christ-less eternity in hell! The pastor who is counseling should not try to be the Holy Spirit, of course; but he should ask questions and observe responses in ways that bring to light the true condition of the disciple’s heart.

RENEWED REPENTANCE AND FAITH:
If there is evidence that the disciple is truly converted and he is a member in good standing of a Bible-believing church, then he must be renewed in his relationship with the Father through the Son by the power of the Spirit. Unless the brother can to some extent pray Psalm 51 with a straight face and heart, he is still trapped in sin and self-deception. Most believers caught in sin know they are wrong, just as David did. Yet it took the Spirit, using Nathan, for David to crack and repent (2 Sam 12:1-14). C. John Miller’s Repentance and the 21st Century Man is very helpful. Repentance is simply the flip side of the coin of faith. The brother must look to Christ for forgiveness in a fresh way (1 John 1:9-2:3). He must realize he is a new creature in Christ-justified, adopted, united with the Vine and sanctified (1 Cor 6:9-11; Heb 11-12).

RENEWED MIND:
If the brother is to win, he must know his enemies-idolatry, covetousness, impurity. His mind must begin to perceive life in general and sexuality in particular in the light of God’s word (Eph 4:17-24, 5:3-21; 1 Tim 5:1-2). He has to see and respond as God’s adopted son, not as a pagan or an orphan.

RENEWED OBEDIENCE:
He must understand the nature of covenant faithfulness and his part in progressive sanctification. This process is called mortification and vivification by the Puritans or “put off and put on” by Jay Adams. Adams’s works and those by Kris Lundgaard are helpful here.

REGULAR USE OF VARIOUS MEANS OF GROWING IN GRACE:
The disciple cannot win the battle while he is weak. Public worship including the preaching of the good news of God’s grace in Christ, the Lord’s Supper, prayer alone and with others, Bible reading, and fellowship with the saints is foundational to spiritual vitality.

REGULAR REPORTING TO RESPONSIBLE SHEPHERDS:
This may be the most underused tool in the battle against these sins (Jas 5:13-18). Shepherding starts with the pulpit but must never end there (Matt 18:15-20; Luke 17:1-10). Someone must monitor the brother as a coach or trainer would (Gal 6:1-2). Accountability is essential. A man who will not submit to a shepherd whom he sees will not submit to a Shepherd that he does not see (1 John 4:20).

READING ABOUT THESE ISSUES:
To ignore the wisdom of the elders of past generations and the developing classics of today is folly (Prov 1-9).

This article is not intended to be comprehensive due to the limits of space. For further information, here are some suggested references on this topic: