When you think of an eating or image disorder, what springs to mind? 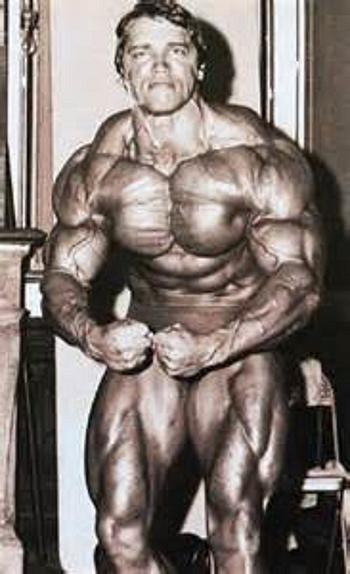 If we’re honest, often our knee-jerk characterization is female. A lot of us think disorders, such as anorexia or bulimia, are a “women’s issue.”

But what about the male gender?

“In the United States, 20 million women and 10 million men suffer from a clinically significant eating disorder at some time in their life, including anorexia nervosa, bulimia nervosa, binge eating disorder, or an eating disorder not otherwise specified (EDNOS). For various reasons, many cases are likely not to be reported. In addition, many individuals struggle with body dissatisfaction and sub-clinical disordered eating attitudes and behaviors, and the best-known contributor to the development of anorexia nervosa and bulimia nervosa is body dissatisfaction.” www.nationaleatingdisorders.org

Unfortunately, both the male and female genders suffer from distorted and disordered image messages and practices. Perhaps, males don’t always possess the same behaviors as those of their female counterparts. Nevertheless, the obsession and self-destructive evidence is there. And, at some of its most extreme, it often manifests in the bodybuilding arena.

Arnold Schwarzenegger is probably our culture’s best-known example of the competitive bodybuilder. Throughout his usual career, he has acquired numerous prestigious titles, including “Mr. Olympia” and “Mr. Universe.”

Indeed, we see the training, the discipline and the mind-set on display in the 1977 documentary, “Pumping Iron.” Countless hours spent in the gym, a restrictive diet and an unforgiving “no excuses” mantra were crucial to his success.

And, for some people, it can be difficult to dispute the coveted results. “Winning,” after all, has usually been of the utmost importance. However, sometimes, unfortunately, the cost, all too willingly paid, is that of someone’s life, health and well-being, for the sake of these “results.”

“The pressure of weight restrictions in certain sports is fostering eating disorders among athletic men as well… Among bodybuilders the dangerous use of steroids can cause serious side effects including depression, sexual dysfunction, and other physical disorders.” ~The Rader Program

In our society, we are inundated with the female face of image/eating disorder. And yes, that, unfortunately, is a reality.

But, we cannot ignore the impact on the male gender as well. We cannot ignore its danger…
“‘In fact, it’s more dangerous for men to develop anorexia nervosa than for females … because when males get down to the lowest weight ranges, they’ve lost more muscle and tissue, whereas [fat] is something you can lose for a period of time without repercussions,’ says Mae Sokol, a child and adolescent psychologist at Menninger, a psychiatric hospital in Topeka, Kansas…” ~ “Eating Disorders: Not Just a Girl Problem”

Compounding things even more is also the shame factor, as it relates to the male gender and disorder. Sokol asserts…

“…The public thinks of it as a ‘girl disease,’ and these guys don’t want to have to come out and say, ‘I have a girl disease.’ Plus, to have to come to a [treatment facility] where most of the patients are women – they don’t feel good about that at all…”

That discomfort, according to the article, can produce a dangerous reality:
“… Feeling uncomfortable may be a big part of why men are less likely to go for help for an eating disorder…”

Refusal to ask for and accept help increases the likelihood of further health issues and even death for the male involved.

“…eating disorders have the highest mortality rate of any mental disorder… those who suffer from an eating disorder may ultimately die of heart failure, organ failure, malnutrition or suicide…” National Association of Anorexia Nervosa & Associated Disorders, Inc., www.anad.org

We can become addicted to anything out there.

So, it should be no surprise how image, exercise, food and goal pursuits, likewise, can become an out of control addiction all too easily, all too quickly. And this can apply to the preoccupation with image- focused bodybuilding.

No, not every male gets caught up in this lifestyle; not everyone crosses over into dangerous compulsion and life-threatening behavior.

Yet, a challenge remains when emphasis on a particular, often exaggerated, image is the focal point. Initially, something may start out as a “healthy” or a “positive” pursuit. However, the potential for that very thing to turn self-destructive, secretive and obsessive disorder is there, one which can even lead, unfortunately, to death.

And, in the meantime, what else has been sacrificed to the altar of “perfection?” Health? Relationships? Self- acceptance? Other pursuits in personal or career areas? A well-rounded, happy life?

Let all things be done decently and in order.” 1 Corinthians 14:40

Myopic obsession is disorder. And it is not the Divine best for any one of us.

Beloved, I wish above all things that you may prosper and be in health, even as your soul prospers.”
3 John 1:2

Our Creator called everything He made, everything representative of Him, GOOD…

And God saw everything that he had made, and, behold, it was very good… Genesis 1:31

In Abigail Natenshon’s study of distorted male body image, she provides a checklist of questions to assess disorder where health should be.

We need to challenge ourselves, to assess how those answers support or disregard 3 John 1:2 in our real lives.

Beloved, I wish above all things that you may prosper and be in health, even as your soul prospers.

How do we answer concerning that scripture’s “prosperity and healthy soul” context?

If we focus solely on physical health, the image of a strong, athletic body, to the exclusion of our spiritual and mental well-being, there really isn’t a health benefit being achieved at all, is there?

When we choose to engage in that limited, unhealthy pursuit, we aren’t building much of anything, including this all-important body.

It is a sad refusal to embrace the spectacular mystery of our humanity; that mystery extends to the spiritual, mental, emotional and creative wonders, all gifted to us.

The challenge for each of us, male or female, is to build upon that!