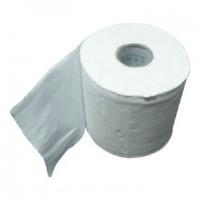 What do you think? Can real men do gentle?

For most of my life, “gentle” described one thing.

Toilet paper was supposed to be gentle, and we all know what happens to toilet paper.

I grew up in a blue-collar family. The adults in my life scrapped and fought their way through Depression and war. The values were hard work, self-reliance, sacrifice, and hard work. You made your own breaks and earned your own way. You got what you wanted by working harder than everyone else. If someone stood in your way you shoved them aside.

Sports, school, and life were about competing, winning, knowing that nobody’s going to give you anything. If you want it you have to take it, most likely from someone else. If you don’t fight for it, someone else will. You’re either a winner or a loser.

Impose your will. Bigger, faster, stronger, smarter—and did I mention hard work?

In certain situations you were supposed to “be a gentleman,” which generally meant displaying good manners while crushing the opposition. Be polite, open doors for women, wear the right clothes. Make sure you wear clean underwear—not quite sure how that’s connected, but it was always in there somewhere.

Real gentlemen shook hands with their opponents—after defeating them. Gentlemen were just a bit more polite about fighting their way to the top of the ladder. But it was always clear that a gentleman wasn’t a gentle man.

Gentle was for sissies. Gentle guys stood back, gave in, let others get the girl or the money or the trophy. You pushed your way to the front because tough and aggressive marked the only path to success.

In THE MESSAGE, gentleness is rendered “not needing to force our way in life.” The dictionary uses synonyms like docile, soft, delicate, and mild-mannered.

Coaches and teachers, men in my family—the “real men” I admired weren’t docile, soft, or mild-mannered. They intentionally and proudly forced their way through life. And if that took fighting or yelling or swearing, that’s what you did.

In that context, here comes this guy named Jesus who wants me to follow Him, and He says crazy things like this:

Come to me, all you who are weary and burdened, and I will give you rest. Take my yoke upon you and learn from me, for I am gentle and humble in heart, and you will find rest for your souls. Matthew 11:28-29

He’s okay for quiet Sunday mornings, but you can’t compete and win in the real world by following a guy who’s weak. Bosses, leaders, men who really accomplished something—they trampled guys like Jesus.

Gentle Jesus—nice thought, but not the leader to follow to success. Everything I knew told me Jesus was a wimp, a ninety-eight pound weakling who’d get sand kicked in His face.

Of course, everything I knew—or thought I knew—was wrong.

Following Jesus requires hard work and sacrifice. His followers delay gratification and focus on principles and long-term goals rather than short-term results.

Jesus’ followers must stand for what they believe in the face of fierce opposition. They risk interim defeat and failure in pursuit of big-picture aspirations. They’re willing to sweat and work hard to build something meaningful and lasting.

The world screams that power is achieved through force and violence. But control gained through yelling, fighting, and intimidation is a weak man’s imitation of strength.

Following the crowd is easy. Anyone—even a coward—can do what everyone else is doing.

But one thing I learned as a kid is certainly true: real men—and real women—don’t run away just because something’s difficult.

The stream is gentle, flowing around obstacles, following its own path. But if you try to steer it you understand its power.

Do you struggle to remember the difference between weakness and gentleness?