With so much emphasis on body image and attractiveness, there’s often discussion about the word, “normal.” Supposedly, everyone wants to be the embodiment of that word. But we tend to possess a distorted definition of it. Its actual definition reads as follows: 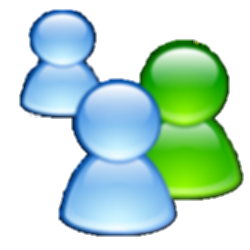 It’s that second definition. Don’t we often get so caught up in the conforming and the “standard” that we bypass that healthy definition altogether?

Once I was heavily entrenched in my eating disorder behaviors, it became all about conforming to a standard. I wanted to be “normal,” to look like “everyone else.”

And that the crux of the problem, isn’t it? Thin is the goal, not health. Thin is “normal,” a/k/a “desirable,” “acceptable.” And so, many of us pursue that goal, gambling with our lives and health, never quite seeing how our bodies are created for good health, not unrealistic thinness.

I’m not a big fan of the word “normal” to begin with. But, it’s in our vocabulary, so, at the very least, we could shift our definition to focus on health: physical, mental, emotional –and spiritual health.

What if normal automatically represented this to us?

Does it sound impossible? Abnormal, even? Why should it be so?

What if we made peace with the word or, even more powerful, lived beyond it, seeing ourselves as God sees us? Resemblance to God, after all, is our real image, right?

And God said, Let us make man in our image, after our likeness: and let them have dominion over the fish of the sea, and over the fowl of the air, and over the cattle, and over all the earth, and over every creeping thing that creepeth upon the earth. So God created man in his own image, in the image of God created he him; male and female created he them. Genesis 1:26-27

What if that self-image was, indeed, our normal? What if we agreed with God about our value?

Let’s live normal in that way!