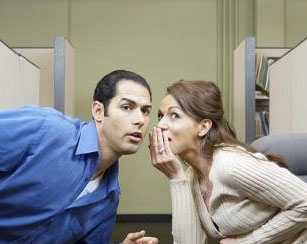 “Fight Club” is a powerful film, cemented within pop culture. It’s notorious, in particular, for the famous line of its main character, Tyler Durden’s, often quoted within our society…

And it got me thinking about secrecy.

I understand the lure of club membership. There are benefits to joining such an entity: socialization, improvement of like-minded skills and, of course, the all-powerful “sense of community.”

Many of them have rituals, handshakes, pledges and rules of conduct- and yes, quite often, those elements are “secret.”

Indeed, for many of us in recovery, that also applies to the numerous Twelve Step programs out there; we do see the impact of people gathered together under a common cause/interest, in a safe “anonymous” setting.

But, with that being said, it still brings up the risk for potential mindsets and behaviors that are far from constructive.

And, at that center lies secrecy. Here’s where the unhealthy crutch arises instead of the ideal focal point, actual recovery.

As the old saying goes, “You’re as sick as your secrets.”

Secrecy’s toxic impact in a”club setting,” first discounts the necessary need to admit our powerlessness, as referenced by Steps 1-3.

1. We admitted we were powerless over our addiction – that our lives had become unmanageable.
2. We came to believe that a Power greater than ourselves could restore us to sanity.
3. We made a decision to turn our will and our lives over to the care of God as we understood Him.

“Secret-keeping” enables the person afflicted to keep going about his/her usual routine, with absolutely no acknowledgement of one’s own powerlessness. The harmful delusion asserts itself: he/she is still running their addiction-fueled show.

And, this delusion further flourishes, as long as the addict keeps attending meetings; all appears well. The attendance serves as a”smoke and mirrors” distraction for destructive truth. As long as everyone is looking at the meeting attendance, no one is actually paying attention to a member’s”using” agenda.

The addict is at the meeting in body only.

And, before anyone catches it, a cavalier attitude can insidiously extend to Steps 4-7, the actual wrongdoing of the addict.

4. We made a searching and fearless moral inventory of ourselves.
5. We admitted to God, to ourselves, and to another human being the exact nature of our wrongs.
6. We were entirely ready to have God remove all these defects of character.
7. We humbly asked Him to remove our shortcomings.

Emboldened by his/her hush-hush “fight club,” the addict now feels no need to do that necessary recovery inventory. He/she is playing the secretive game of lip service with no action behind it- and it continues to go unchallenged.

And, again, the addict may even believe he/she is “doing the work,” as they passively show up to meetings. They may believe that is enough.

In full denial, steps 8-10, therefore, are a moot point to the addict, when in direct contrast to “secret keeping.”

8. We made a list of all persons we had harmed, and became willing to make amends to them all.
9. We made direct amends to such people wherever possible, except when to do so would injure them or others.
10. We continued to take personal inventory, and when we were wrong, promptly admitted it.

A toxic pattern repeats itself, only now, it expands its reach. The addict reasons,”If there is no need to honestly address, examine, discuss and change what I’m doing, why should I do change my behavior with other people?

The secretive all-important agenda, to the “crutch-y addict,” likewise, perpetuates its resistance for the remaining steps, eleven and twelve.

11. We sought through prayer and meditation to improve our conscious contact with God as we understood Him, praying only for knowledge of His will for us and the power to carry that out.
12. Having had a spiritual awakening as the result of these steps, we tried to carry this message to addicts, and to practice these principles in all our affairs.

Again, if we are “as sick as our secrets,” then what is our approach to these last two steps?

Or, are we content to avoid the work and put on the mask of committed recovering addict instead?

Perhaps we believe really aren’t “that bad,” and, therefore, don’t need the implement the steps in our lives.

Perhaps we think we have the best of both worlds as we keep and practice our secret, destructive behaviors: we have the social interaction benefit without having to give up any of our vices. We’ve got it great. We’re getting away with it.

“For nothing is hidden except to be made manifest; nor is anything secret except to come to light. If anyone has ears to hear, let him hear.” Mark 4:22-23

Nope. You can’t keep a secret, especially from the Most High God…

Thou hast set our iniquities before thee, our secret sins in the light of thy countenance. Psalms 90:8

So, there’s that. Buzzkill.

Therefore, especially concerning the realm of our all-important recovery, it would do us some good to come back with this response…

… Cleanse thou me from secret faults. Psalms 19:12

It’s not about shame. Rather, it’s about the healthy checkup of what we’re really doing.

Are we truly in recovery? Are we pretending we are? Are we going through the motions?

According to scripture, that secretive perspective is a vain imagination which exalts itself against God and His Word (2 Corinthians 10:5).

And it does not profit us. We may feel like we are”getting away with it,” but come on, is there really unshakable security if we insist on secrecy?

And really, are we blessed by that secrecy?

Honestly, we know that answer is”no.”

He who covers his sins will not prosper: but whoever confesses and forsakes them will have mercy. Proverbs 28:13

What are our secrets? How are they playing themselves out?

“You’re as sick as your secrets.”

Is that our true club membership?