As time passes, words change their meaning and often come to mean something very different from their earlier intent. In Shakespeare’s day, the word “honest” meant sexually chaste; now it refers to a general truthfulness and dependability. 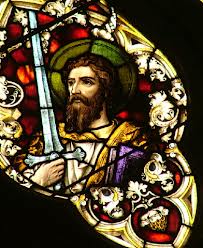 At other times, words remain somewhat the same in their general meaning, but with a dramatically different intention. “Spiritual” is one such word. Paul in Romans 7:14 says,

For we know that the law is spiritual: but I am carnal, sold under sin.

The word “spiritual” is, in the Greek original, pneumatikos; it does refer to nonmaterial reality, but even more, to power. To say God’s law “is spiritual” is to say that it is powerful beyond man’s ability to imagine. It has all the power of God and His heavenly hosts behind it. In this sense, the spiritual man is the most powerful man; he is not a pale and weak figure on the sidelines of life, but God’s mover and shaker.

“Carnal” in the Greek is sarkikos, meaning physical and weak. Today, carnal tends to mean sexually oriented, for Paul it meant weak, this worldly, and merely physical. It is for this reason that the carnal man is “sold under sin”; he is dominated by his weakness and his sin.

In other words, we transfer power from the spiritual realm to the physical, and we thereby warp our perspective on things. Our sense of reality is then warped, and, in our blindness, we remain in bondage to sin and evil.

by R. J. Rushdoony
Taken from:
A Word in Season: Daily Messages on the Faith for All of Life, Volume 5