Hebrews 10:26-27 NKJV
For if we sin willfully after we have received the knowledge of the truth, there no longer remains a sacrifice for sins, but a certain fearful expectation of judgment, and fiery indignation which will devour the adversaries. 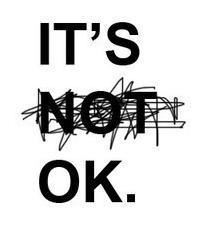 From the description he gives of the sin of apostasy. It is sinning willfully after we have received the knowledge of the truth, sinning willfully against that truth of which we have had convincing evidence. This text has been the occasion of great distress to some gracious souls; they have been ready to conclude that every willful sin, after conviction and against knowledge, is the unpardonable sin: but this has been their infirmity and error. The sin here mentioned is a total and final apostasy, when men with a full and fixed will and resolution despise and reject Christ, the only Saviour,—despise and resist the Spirit, the only sanctifier,—and despise and renounce the gospel, the only way of salvation, and the words of eternal life; and all this after they have known, owned, and professed, the Christian religion, and continue to do so obstinately and maliciously. (http://www.ccel.org/ccel/henry/mhc6.Heb.xi.html)

Apostasy isn’t something that is talked about much these days. In fact, I can’t remember a time when I heard a preacher talk about the problems with apostasy and yet it is a circumstance

that exists. Apostasy is when a believer totally turns away from God, totally rejects his or her salvation. It is more than backsliding, but it must begin with backsliding. It begins somewhere, with a first step.

The apostle Paul, in Romans 1, gave the description of a kind of continuum where sin begins and then takes full hold of a person’s life. He begins by saying:

For the wrath of God is revealed from heaven against all ungodliness and unrighteousness of men, who suppress the truth in unrighteousness. (v. 18, NKJ)

Notice that Paul talks about those who suppress the truth in unrighteousness. In other words, the first thing that happened was turning their backs on the idea that they had to be righteous and embrace sin. As Christians there is a sense that we must actively embrace righteousness, that we must actively turn our backs on sin and determine not to sin.

When we choose to walk in the Spirit, we deny the lust of the flesh. It is a two-fold exercise. We not only walk in the Spirit, but we also refuse to fulfill the lust of the flesh. However, when we give into the lusts of the flesh, we do the things we don’t want to do. We sin. And when we sin, we suppress the truth in that sin. What is the truth? The truth is that God, through the death of the Lord Jesus, has freed us from being slaves to sin. We have a choice.

I think that’s something we often don’t want to think about. It’s easier to excuse our sin when we convince ourselves that we don’t have a choice, don’t have control. It’s much more comforting to think that we fall into sin without having the power to resist it. But we do have that power through the Holy Spirit. We can walk in the Spirit through prayer, through Bible study and meditation, through denying our flesh. We all know what it means to deny our flesh, but we really don’t want to do it. It’s so much easier to eat what we shouldn’t, to watch what we shouldn’t, to talk about what we shouldn’t. And yet, we have within us—through the power of the Spirit that resides within us—the ability to say no and to do what pleases God and brings glory to Him.

The problem is that a sin, done once, can gain a hold on us. Done twice, a sin is on it’s way to becoming a habit that is much harder to break. I can’t tell you how many adults I’ve talked to who warn their children not to start smoking. Why? Because it’s a habit that’s almost impossible to stop! Habits are difficult to change, so rather than do something once, twice, three times and risk developing a habit, how much easier is it simply to deny ourselves and embrace righteousness?

The Lord Jesus taught: Matthew 16:24 NKJV: “If anyone desires to come after Me, let him deny himself, and take up his cross, and follow Me.”

Today, I need to put my desires behind me and follow the Lord Jesus. Father God is more than able to take care of me, if I trust Him. So, today I will embrace the truth and choose not to develop one more bad habit that I have to deal with later on. I don’t want to start even the first step that could lead to apostasy.