1 Corinthians 13:6 RSV
[Love] does not rejoice at wrong, but rejoices in the right. 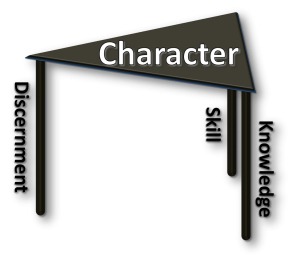 When I was growing up, going to jail was a terrible shame, not only for the person in jail, but the entire family. No one wanted to have a family member serving time, no less become that person themselves.

Now, I have children in my classroom who are intimately familiar with prison (to the point of having been there many times to visit family and friends). And sadly, these children have told me that they would like to go to prison themselves. They like having a bad “rep” and being in the position of being a bully, of having power over others.

I don’t live in the middle of Los Angeles (or any other urban area). I live in a predominantly middle class rural community.

We, as a society, are regularly subjected to movies and television shows that elevate evil behavior, movies that romanticize sin and law-breaking. One of the most popular recent television series is “The Sopranos,” a show which honors the mob.

Paul tells us that agape love doesn’t “rejoice at wrong, but rejoices in the right.” And yet, if we are participating in our society, we may be exposing (or even saturating) ourselves to the idea that doing wrong is fun, is rewarding, is justified. Even if we insist that we aren’t attracted to extreme wrong-lifestyles, if we investigate our own values carefully, we may find that our moral compass has indeed strayed, that we are willing to see as acceptable certain behaviors that we should be ashamed of, appalled at.

The Greek word translated here “rejoice” is “chairo” which also means “greet” or “welcome.” Thinking of this verse in those terms, as Christians not only should we not be joyful in the presence of wrong, but we should not welcome it either. Our lives, our thoughts, our desires should be such that we welcome what is right and righteous and God-honoring. And the first place that should happen is within our own lives. (Remember that the Lord Jesus told us to remove the mote in our own eyes before we worried about the speck in the eye of another? Matt. 7:3-5).

Oh, that we would become a people that welcomes and rejoices in what is right to the point that we refuse to even entertain that which is wrong. And while we also must be people who easily and quickly forgive, those around us would know that we stand for something. (After all, those who don’t stand for something will fall for anything.)