Psalm 119:73 NRSV
Your hands have made and fashioned me; give me understanding that I may learn your commandments.

Where have I come from and where am I going? 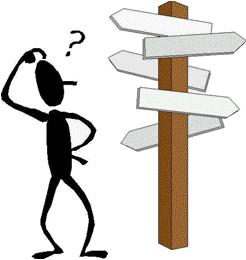 America espouses self-determination. It is a part of who this nation is from its conception. From the Gale Encyclopedia of U. S. Foreign Policy: “the revolt of the British colonies in North America has been defined as the first assertion of the right of national and democratic self-determination in the history of the world” (http://www.answers.com/topic/self-determination#ixzz1bbl5hjsl). It is the fundamental assertion of the new “Occupy” movements: “We have principles of solidarity, and we are working together to make a better world – a world of inclusion, dignity, love and respect. #OWS has no space for racism, sexism, transphobia, anti-immigrant hatred, xenophobia, and hatred in general.” (http://occupywallst.org/)

In a nutshell, most people don’t want to be told… anything. Think about it. I often hear people say, “Well, I don’t learn from what others tell me. I learn from my own mistakes.” Or they might say, “I want to make my own way, do things the way I think is best.” And as a people living in a society that has fewer and fewer social constructs, those are choices we can make. We can choose to go our own way, to reject the morals or guidelines of our parents, to embrace new ideas. We can create our own society based on what we think is right.

The question is… should we? Should we take our lives into our own hands and experience it for ourselves, making our own mistakes, and making our own choices? Should we make our own determination about what is right and wrong?

As creatures with free will, we have always had that choice. The current governmental or social structure hasn’t created that for us. That ability to choose our own way has always been with us since the Garden of Eden. Because that spirit within us, that spirit that demands to create our own way, our own laws, our own purpose is the same spirit that whispered to Eve: “You will not surely die, but you will become like god.” (Genesis 3:4). It is the spirit that says we are not creatures created in God’s image for the purpose of worshiping Him, but rather separate creatures, made through the process of evolution (or the Big Bang or whatever other theory you wish to espouse) with the right to believe what we want, convinced that our believing it will make it so.

In fact, that is what so often amazes me. That there are so many people in this world who refuse to believe God and His Word and are convinced—simply because they believe it—that their way is right. And then they find all sorts of “evidences” to prove their point… when all along they are headed down a dangerous path of rebellion and sin.

Unfortunately, often that creature headed into rebellion… is me! For while outwardly I can easily appear as a submissive believer, I spend so many hours wrestling with God, trying to tell Him how to do His job. Oh, the folly of it! For ultimately it comes back to this: I am His creation, made by His hand. He breathed life into me when I was a single cell in my mother’s womb. He gave me an eternal soul and He numbered my days. I can make all the plans I want, but in the end, God wins because He is Creator, Master, Ruler, and He is in control.

He fashioned me and He controls the destiny of this world. My choice is whether or not to be obedient to Him.

While, at age seven, I choose to be obedient to Him, I have discovered that it is not just a life choice, but also a daily choice. And it isn’t a choice without wisdom or discernment. The Psalmist prays here: Give me understanding that I may learn your commandments. Why do I need understanding? I could learn the commandments by rote and simply do them blindly. But instead, the scripture tells us that we learn the commandments through understanding. Because I am a creature of free will, the Lord wisely knows that I will see both sides and will lean toward my own understanding. Thus, He is willing to teach me, to convince me that obeying His commandments is best! He isn’t a god who coerces—though He could for He is fully able. He isn’t a god who demands—though as Creator He has the right. Rather, He is a God who loves me, who sacrificed for me, and who teaches me that I might learn how to be obedient, how to set down my rebellion and cling to Him.

Even in my rebellion, in my sin, He works His love for me. Romans 8:28 tells us that all things work together for good for those who love the Lord and are called according to His purpose. The all things is so important because it means all things. Everything I do, everything I think, everything that happens to me. God loves me so much that is works all of that for my good! It is an amazing thing.
God is willing to teach me to obey Him. But I must first come to Him as a creation and as a student. I cannot stand unflinchingly and demand that He defend Himself. He won’t. Just as the Lord Jesus refused to defend Himself before Pilate, Father God refuses to defend Himself to a rebellious world. He won’t attend a debate. He won’t compare Himself with other choices as if life were a multiple choice test and He was one of the possible responses. But He will reveal Himself to the seeking heart.

“I love those who love Me, and those who seek Me diligently find Me.”
Proverbs 8:17 NRSV

The Lord is good to those who wait for Him, to the soul that seeks Him.
Lamentations 3:25 NRSV

The Lord searches every mind, and understands every plan and thought. If you seek Him, He will be found by you.span>
1 Chronicles 28:9 NRSV

From there you will seek the Lord your God, and you will find Him if you search after Him with all your heart and soul.
Deuteronomy 4:29 NRSV

Today, I choose. I pray for understanding in order to obey His commandments. I seek after Him with all my heart and soul.