I was raised in a very loving Christian home. I went to church 6 out of 7 days a week. There was never any history of abuse or addiction in my family. I have no one to blame but myself. I have backslidden severely over these past 3 decades.

You have the wonderful opportunity to become a member in Christians in Recovery (CIR) and therefore invest in the health and spiritual welfare not only of yourself but also of our United States Service men and women. Do not pass up this opportunity. 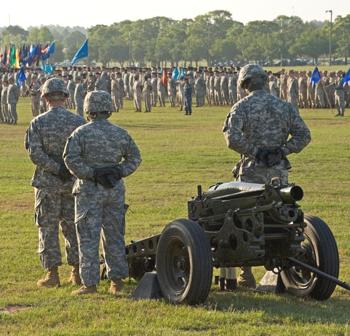 Chapels can be a great support and alternative for soldiers, sailors, Marines and airmen for an hour or two a week while attending Catholic Mass or Protestant worship services. However, soldiers, sailors. Marines and airmen work in a culture that talks all week about how they are going to party on the weekends. When they go back to the barracks they are bombarded with the message that in order to fit in they need to drink.

CIR is anonymous; they are available around the world, 24 hours a day, 365 days a year. No chapel program has that type of availability. No Super Chaplain has that kind of presence or stamina to minister to soldiers, sailors, Marines and airmen on a 24 basis. I had never before heard of Christians In Recovery through advertising from the military. During my struggles with alcohol and another addiction, my parents were diligently searching the internet for recovery resources. They are the ones who found CIR for me. Search the website for the wealth of free resources made available to help those who are caught in slavery to one powerful addiction or another. Check out the testimonials too.

A Catholic chaplain in Florida shared a web page link with me on the Archdiocese for the Military Services (Catholic website). It had similar resources to Christians In Recovery. But CIR has one major advantage over the Archdiocese for the Military Services website. You can post and read messages from recovering Christians all over the world and you can attend online meetings on a variety of topics. You can chat formally or informally. I’m talking about the opportunity to join a vibrant community of supporters who can’t help but encourage you and point you to God for forgiveness and the strength to carry on one day at a time. Christians In Recovery will help anyone, and I do mean anyone, from any faith or no faith at all, to get the help and find the resources to start recovery. CIR has many links to secular recovery groups, organizations and resources too.

Alcohol
It is my understanding that when I joined the military in 1984 that alcohol abuse wasn’t really that bad. The worst years for the military were WWII. However, I can attest that through the early 90’s and even on up to today that alcohol is glamorized by the military.

While I was stationed in Germany in the late 80’s we had the opportunity to have alcohol delivered to our barracks rooms. It is legal of course for an 18-20 year old American GI to consume alcohol while stationed overseas. A German man, George a.k.a. “The Beer Man” delivered soda POP, German beer and wine to our barracks rooms every Tuesday or Wednesday night. You could order whatever you wanted. You got credit for your empty cases. You didn’t even have to pay George for your beer. If it was between paydays and you were a little short on cash, George would extend you credit. George accepted checks, US dollars and Deutsche Marks. George knew every barracks manager, First Sergeant and Commander on the base. He also knew the Finance commander. If he ever needed to collect from us he always knew where he could go. I remember many a week when my friends and I were penniless but, we had stacks of empty cases of beer lined up against the walls in our barracks rooms. George would give us a refund for the empty cases and we had enough money to buy many more cases of beer. We got enough free cases of beer to get us drunk through another weekend.

I went to the Non-Commissioned Officer Academy in 2001 and our instructor taught an hour long course on substance abuse. He told us that the Department of Defense’s (DoD) official stance was that the military does not glamorize alcohol. The roar of laughter that went up from our classroom echoed through the halls of the academy. Even our instructor couldn’t keep a straight face while he taught the course. Finally, at the end of the hour, we did come to the consensus that the military does not glamorize alcohol as much as it used to in the early 90’s. However, the Department of Defense does still glamorize alcohol.

The Army and Air Force Exchange Service brought the Jack Daniels Master Distiller to Europe in 2006 or 2007 on a tour of military bases. While in the stores, soldiers, sailors, Marines and airmen had the opportunity to purchase bottles of Gentleman Jack and have the Jack Daniels Master Distiller autograph the bottles. Jack Daniels had created a pewter medallion on a chain with the crest of the military base that I was stationed at, that hung around the neck of the Gentleman Jack bottles. Ironically enough, the motto on the medallion was, “Return with Honor”. Is this sending the wrong message? Please, the DoD does still glamorize alcohol. There are always kegs of beer at every annual picnic and after every inspection.

Drugs
Drugs are also a problem. I supervised an airman in Italy who was raised Catholic but succumbed to peer pressure to just take a hit off of a joint. He was told that there was no way that he could get caught by taking just one hit. Just one hit off of a joint they told him. Well, he did get caught. He was incarcerated for one month and was discharged from the military. If he would have had a 24 hour, 365 days a year support group like CIR I think he would have been fine. He just needed the support of fellow Christians who have struggled with drugs in the past. He was a good young man who worked so hard for me until his discharge. He is now in seminary to become a Catholic priest. I had forgotten about Christians In Recovery then. If I had remembered, I would have paid for a membership for him and myself.

Gambling
Another huge problem for the military overseas is the temptation to gamble. Slot machines are so common in clubs overseas. Why am I bringing this up? You guessed it; Christians In Recovery has resources for people who want to recover from a gambling addiction. CIR has many members that are in recovery from gambling.

The civilian workforce and civilian families have the luxury of putting down roots for at least 5 years or more in the community in which they live. They usually thrive because they have support networks. The military lifestyle is full of change, constant change. There is the constant pressure of exercises, deployments, inspections and war. It’s hard to find someone you can trust in that lifestyle. It’s even harder to find a constant support network that can encourage you anywhere in the world, 24 hours a day, 365 days a year. That support network is Christians In Recovery. I’ve talked to you about alcohol and drugs. I did struggle for about a year with alcohol.

Sex & Porn
Okay, here goes, my true addiction has been to pornography. It is possibly the most shameful addiction of all. Another shocker, I worked in a chapel as a Chaplain Assistant. It is rare but unfortunately at my first assignment I witnessed a chaplain breach the confidentiality of one of his clients. Addictions are scary, painful and they isolate you from the world. I just couldn’t bring myself to admit to myself, chaplains and to God about my struggle that most Christians see as sinful, deviant and a sin that only enslaves the worst of sinners. I was looked down upon by Christians years ago when I used to smoke. Certainly chapel going Christians do not struggle with such a deviant behavior as pornography.

I’ve talked with numerous people over the years who’ve said that they’ve studied and that they understood pornography addiction. They studied it in their “Psych 202” class or whatever. I’ve always been skeptical of those people. However, I’ve met people on Christians In Recovery who would talk about their alcoholism, drug addiction, either illegal or prescription and their gambling addictions and I could totally “get” the powerlessness, unmanageability and lack of self-control over their addictions even though my addiction is different.

I only had the courage to cry out for help 3 times in 25 years. The first time I called a Sexaholics Anonymous group in Colorado Springs. It was after hours and there was no answering machine. I never got the courage to call back. About 7 years later I sought counseling from an Air Force mental health officer. Unfortunately I didn’t spend enough money on my addiction to convince him that I met the required criteria for a control disorder. However, I did tell him things about my fantasies and obsessions, about tens of thousands of hours wasted and relationships sacrificed due to my addiction that should have curled his toes. The things I told him surely would have curled your toes.

I was told that I did not suffer from an addiction to pornography so I stopped going for counseling. About 1 year later I tried to join Christians In Recovery. The bank transaction didn’t go through from Europe. I know that this happens occasionally and that I should have kept on trying. However, I didn’t have the courage to try to join CIR a second time.

My Arrest
It was finally 4 years later that I was arrested on a charge of Enticement. I have 25+ years in the military. I am a Master Sergeant and I was a Chaplain Assistant until I was fired on 8 January 2008. My family is facing a future with no retirement and no security. I have a wife and a 13 year old son. We have no savings and no assets. We only have a used car. I have a mountain of debt. I have been under investigation for over 2 years now. I’m facing both a General Courts-Martial and a Federal trial. I’m looking at 16 years to life in prison.

I did decide to cooperate during my interrogation. People ask me, “Why did you talk to the FBI and not to an attorney?” For me, it felt so good to finally start talking honestly and quit living this Dr. Jekyll and Mr. Hyde existence. I was tired of leading a double life. I was still in somewhat of a denial for an additional 5 months. I even slipped once and started sexually charged chats with women online again.

Recovery
Finally, on 16 June 2008 I joined Christians In Recovery. I had felt so isolated in Italy — felt so broken. My marriage and family were broken but getting better. Yet here were these recovering Christians who assured me that I could be healed, fixed and put back together. Here I was, late at night talking to recovering alcoholics and recovering drug addicts from halfway around the world. They welcomed me with love, not judgment. They welcomed me with reconciliation and NOT humiliation. If that’s what Christians In Recovery is about, encouraging soldiers, sailors, Marines and airmen to be reconciled to God, then I’m in with all my heart, spirit, soul, mind, resources and strength.

I thank God that Christians In Recovery was established and I am so thankful that my parents turned me on to their website. God used CIR to save my life. One must lose one’s life and one’s freedom in order to gain one’s life and ones freedom. Praise the Lord Jesus Christ! God Bless you.