1) A right heart is a NEW heart (Ezek. 36:26). It is not the heart with which a person is born—but another heart put in them by the Holy Spirit. It is a heart which has new tastes, new joys, new sorrows, new desires, new hopes, new fears, new likes, new dislikes. It has new views about the soul, sin, God, Christ, salvation, the Bible, prayer, heaven, hell, the world, and holiness. It is like a farm with a new and good tenant. “Old things are passed away. Behold all things are become new” (2 Cor. 5:17).

2) A right heart is a BROKEN and CONTRITE heart (Psalm 51:17). It is broken off from pride, self-conceit, and self-righteousness. Its former high thoughts of self are cracked, shattered, and shivered to atoms. It thinks itself guilty, unworthy, and corrupt. Its former stubbornness, heaviness, and insensibility have thawed, disappeared, and passed away. It no longer thinks lightly of offending God. It is tender, sensitive, and jealously fearful of running into sin (2 Kings 22:19). It is humble, lowly, and self-abased, and sees in itself no good thing. 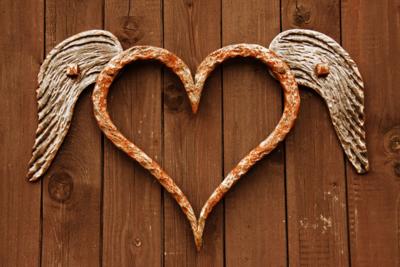 3) A right heart is a heart which BELIEVES on Christ alone for salvation, and in which Christ dwells by faith (Rom. 10:10; Eph. 3:17). It rests all its hopes of pardon and eternal life on Christ’s atonement, Christ’s mediation, and Christ’s intercession. It is sprinkled in Christ’s blood from an evil conscience (Heb. 10:22). It turns to Christ as the compass-needle turns to the north. It looks to Christ for daily peace, mercy, and grace—as the sun-flower looks to the sun. It feeds on Christ for its daily sustenance, as Israel fed on the manna in the wilderness. It sees in Christ a special fitness to supply all its needs and requirements. It leans on Him, hangs on Him, builds on Him, cleaves to Him, as its physician, guardian, husband, and friend.

4) A right heart is a PURIFIED heart (Acts 15:9; Matt. 5:8). It loves holiness, and hates sin. It strives daily to cleanse itself from all filthiness of flesh and spirit (2 Cor. 7:1). It abhors that which is evil, and cleaves to that which is good. It delights in the law of God, and has that law engraved on it, that it may not forget it (Psalm 119:11). It longs to keep the law more perfectly, and takes pleasure in those who love the law. It loves God and people. Its affections are set on things above. It never feels so light and happy as when it is most holy; and it looks forward to heaven with joy, as the place where perfect holiness will at length be attained.

5) A right heart is a PRAYING heart. It has within it “the Spirit of adoption whereby we cry, Abba Father” (Rom. 8:15). Its daily feeling is, “Your face, Lord, will I seek” (Psalm 27:8). It is drawn by an habitual inclination to speak to God about spiritual things—weakly, feebly, and imperfectly perhaps—but speak it must. It finds it necessary to pour out itself before God, as before a friend, and to spread before Him all its needs and desires. It tells Him all its secrets. It keeps back nothing from Him. You might as well try to persuade a person to live without breathing, as to persuade the possessor of a right heart to live without praying.

6) A right heart is a heart that feels CONFLICT within it (Gal. 5:17). It finds within itself two opposing principles contending for the mastery—the flesh lusting against the spirit, and the spirit against the flesh. It knows by experience what Paul means when he says, “I see a law in my members warring against the law of my mind” (Rom. 7:23). The wrong heart knows nothing of this strife. The strong man armed keeps the wrong heart as their palace, and their goods are at peace (Luke 11:21). But when the rightful King takes possession of the heart, a struggle begins which never ends until death. The right heart may be known by its warfare, quite as much as by its peace.

A heart such as that which I have now described, has always been the possession of all true Christians of every name, nation, people and tongue. They have differed from one another on many subjects—but they have all been of a right heart. Some of them have fallen, for a season, like David and Peter—but their hearts have never entirely departed from the Lord. They have often proved themselves to be men and women laden with infirmities—but their hearts have been right in the sight of God. They have understood one another on earth. They have found that their experience was everywhere one and the same. They will understand each other even better in the world to come. All that have had right hearts upon earth, will find that they have one heart when they enter heaven.