I grew up in an alcoholic family. Both my father and my mother came from alcoholic homes, too. Because I grew up in such a very chaotic home, I was running the streets from an early age. My first drinking experience was when I was just twelve years old. I was “turned on” to pot at age fourteen, and went to jail twice for selling marijuana, hashish, and LSD, before I was eighteen years old. 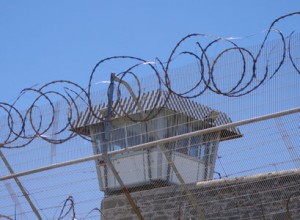 In 1974, my life began to unravel. God used “the law” to get my attention. It looked like I would be “busted” for selling drugs for a third time. The fear of a long prison sentence finally brought me to the end of myself. I became so desperate that I started listening to those “Jesus freak” friends of mine. Anybody remember Jesus freaks? They were former hippies who came to know Christ. As far as I was concerned, they were really kind of spooky people who floated around and were all “smiley” and they weren’t doing any dope. Although I could not figure out what they had in their lives, I just knew I needed it, too.

That May, I visited a friend I had known in the “drug scene” who had become saved. He was living in a Christian “commune” in Chicago called Jesus People USA. While there, he explained how I could know Christ, myself. I had a tremendous spiritual experience when I prayed with him to surrender my life to the Lord. Yet, once I returned to my home, I struggled for a year and a half to quit using drugs.

Much of the problem had to do with the fact that I still lived with my family. Still, God was not done with me. I struggled throughout my first year of college to stay sober with a few periods of success. Then, while working for the summer at a state park, I backslid entirely and spent a month or so in a chemical “haze”. The weekend before my second year of college, I was “partying” with some friends from the park. After a day of drinking and pot smoking we went to a tavern to hear a popular rock band.

It was there that I had a true “prodigal son” experience. Sovereignly, the Lord spoke to my heart. I “came to my senses” as I looked around this crowded tavern and realized I was holding on to the very lifestyle from which Christ had died to free me. I rushed out of the place in tears. At that very moment God lifted from me the compulsion to drink and use drugs.

Finally, as I began my second year of college I made some vital friendships with some sincere and committed Christians. With God’s help and theirs, I began to live for the Lord. I went on to study for the ministry, got involved with working for God, and even started a licensed alcohol and drug treatment center, before I really got into recovery myself.

Looking back on all this, I can honestly say that my spiritual journey of recovery had two very distinct phases. The first phase was my initial surrender of my life to Christ. Tentative though it was, this was really the beginning of my journey into recovery. This eventually led to getting chemicals finally out of my life. So, I began to grow in the Lord and walk with Him. But, stopping drinking and living sober are two very different things. Quitting the active use of alcohol and drugs was easy compared to the past twenty years of trying to live a sober and satisfying life. For this second part, I am thankful for the counseling I have received over the years and for the opportunity to be involved with support groups.

For over ten years I served as founding director of a residential treatment program committed to services that were both therapeutically and Biblically sound. One of the interesting ironies of all this is the fact the building out of which this residential treatment program operated housed a tavern for almost eighty years. As a matter of fact, it was the very same tavern where I had my “prodigal son” experience in 1975!

Today, I am an educator and consultant. (see website: http://liimatta.us) I’ve done a lot in the field of addiction and recovery, working especially with Christian organizations that help the homeless who are addicts and alcoholics.