There is amazing power in this statement for three reasons. The first is that we — as God’s adopted children — were chosen by Him! Isn’t that wonderful? It’s beyond comprehension for me that, at the beginning of creation, even before time began, God looked down at all the souls and chose me! (He chose every person who would respond to His love and His call to salvation). Paul writes: 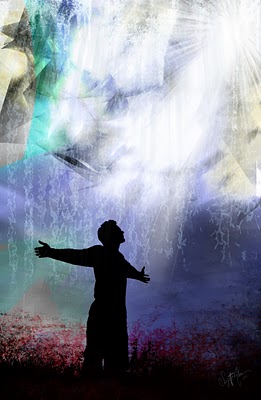 Just as He chose us in Christ before the foundation of the world to be holy and blameless before Him in love. He destined us for adoption as His children through Jesus Christ, according to the good pleasure of His will, to the praise of His glorious grace that He freely bestowed on us in the Beloved. Ephesians 1:4-6 NRSV

I’m adopted. My birth mom, as I understand it, was an unwed pregnant teen and, with an amazing amount of courage, understood that she was ill prepared to care for a baby. So, my parents who couldn’t have children, chose to adopt me. They didn’t have to. They could have even come to the hospital, viewed my bald head and tiny feet, and rejected me. But they didn’t. Instead, my parents chose me and gave me a wonderful home and childhood.

Most of us spend an unbelievable amount of time and energy trying to belong to someone or something. We grab onto ethic titles or relationships, clubs or sports, professions or hobbies in an effort to find someone to whom we can belong, with whom we can relate. We want to belong to someone, feeling that belonging gives us an identity.

For those of us who are saved, we already belong! We belong to the King of kings and Lord of lords. He, who was once to us simply Creator, is now Father. And not simply because we want Him as Father. He has chosen us! He has adopted us as His children. And it isn’t because of anything within us. He called us because He wanted to. He wants us!

The second truth is this: God wants each person to become His chosen.

The Lord is not slow about His promise, as some think of slowness, but is patient with you, not wanting any to perish, but all to come to repentance. 2 Peter 3:9 NRSV

The Lord Jesus died for the whole world (John 3:16). That person we hate, the one we’re afraid of, the one we disdain to speak to, the neighbor next door who irritates us, the ex-spouse who lives to anger us, the children who are rebelling, the boss who is demanding, the co-worker who is annoying… the Lord Jesus died for all of these and Father God’s wish is that each of them come to repentance!

The third truth is that not only are we chosen, but God has made a covenant with us. That means that what He has promised He will do. And He not only promised us many things, but He put those promises in writing (the Bible) so that we would know that what He says He means. For in Him [the Lord Jesus] every one of God’s promises is a “Yes.” 2 Corinthians 1:20a NRSV There isn’t a promise given that He will not fulfill, not a promise written that He won’t complete. And perhaps the greatest of these promises is that He chose us!