Why should recovering alcoholics and addicts avoid new relationships with members of the opposite sex in the first year of recovery?

By avoiding new relationships with members of the opposite sex you also: 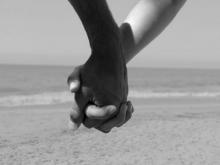 Avoid losing the focus on personal issues
For alcoholics and addicts, real lasting change occurs only after a long and often painful process of self discovery. This involves understanding their own addictive behaviors, repressed emotions, and destructive thought patterns. However, their denial uses the feelings and behaviors of others to avoid facing their own pain and dishonesty and from assuming responsibility for their controlling and shame-producing actions. Introducing a romantic relationship, with an intense focus on the other person, too early in recovery inevitably “short-circuits” the important process of reconnecting with self and learning to become responsible for one’s own feelings and behavior.

Avoid the illusions and dishonesty of infatuation
he beginning phase of recovery is always a very emotional and painful time. Still, all this pain can be an important motivator for recovery, providing great incentive to take the difficult steps necessary for real change to occur. However, “falling in love” (and taking the focus off self) can easily create a false sense of well-being. In the “scary,” unfamiliar, and often painful time of early recovery, becoming “special” to a person of the opposite sex is a tremendous ego booster. For addicts, this can create the illusion of being much farther long in the process of recovery than they really are. Additionally, the commitment to “rigorous honesty” is usually forsaken as they strive to make the best possible impression to win the affections of the other person.

Avoid relapse from the stress of codependency
One definition of codependency is simply using other people to create good feelings within ourselves. People in early recovery can easily transfer their dependency on alcohol and drugs to dependency on another person. Until they understand the issues related to their own codependency, they are certain to fall right into old dishonest and unhealthy ways of relating. By itself, the stress of early recovery often results in relapse. Using inadequate and unhealthy relationship skills to deal with a person of the opposite sex is certain to create frustration and even more stress. The likelihood of using drugs and alcohol is sure to increase because this is the way the addict has always attempted to manage difficult emotions.

Avoid the sex trap
Addicts in early recovery are especially vulnerable to sexual temptation. If they get into a romantic relationship too early, they are virtually guaranteed to fail in this area. They become involved in sexual activity because they simply do not know how to relate in a truly intimate way with the opposite sex and suffer from a serious lack of self control. Additionally, to most addicts, sex is just like another “drug.” The altered state of consciousness it creates can give hurting people a false sense of well-being and ease feelings of pain and insecurity. Failure in this area can be extremely devastating to a new Christian, causing a tremendous sense of defeat and discouragement. And, if they do not repent of sexual failure, the result is a serious state of dishonesty that totally derails the recovery process.

Avoid “enablers” and “fixers”
Those who are romantically attracted to individuals whom they know are in recovery programs usually have serious problems with codependency in their own lives. People who are “enablers” and “fixers” are actually attracted to troubled people of the opposite sex. Additionally, since these individuals are in denial about their own need for recovery, they usually put pressure on addicts to leave programs prematurely, convincing them that they are not “that bad” or that all they need is a good partner to get better.”

Avoid cutting off relationships with others in recovery
Because addicts have used people to create good feelings within themselves, all of their relationships, especially romantic ones, have been completely self-centered. Therefore, one of the most important phases of early recovery is learning to relate to others of both sexes on an honest, non-romantic and intimate level. This can be a tremendously healing experience. However, becoming entangled in an “exclusive” relationship is certain to circumvent this process. The result is missing out on the blessing of positive and meaningful relationships with other recovering people in mutual honesty and self-revelation.

The above was adapted from A Guide to Effective Rescue Mission Recovery Programs by Michael Liimatta.