I recently caught a documentary on sex symbol Bettie Page. In it, the withdrawn, elderly phenomenon 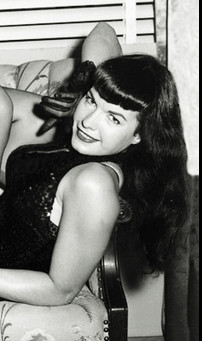 recounted her entire life, including her racy photographs and films which catered to bondage, nudity and fetish culture.

According to Ms. Page’s commentary, she initially tried the conventional methods first. However, the well- known Ford modeling agency rejected her. Founder Eileen Ford, herself, flat out told Bette she was too short and “too hippy.”

So, Bettie turned to the more controversial avenue, which subsequently launched her into being the pop culture icon she is today.

And, due to her influence, there are numerous photos flooding the internet, with captions including, “Today, we’d call her fat.”

It’s makes for a strong body image message. Indeed, looking at her image, what is our response? Do we think she’s fat?

Likewise, there’s the legendary sex symbol, Marilyn Monroe. She was reportedly a size 12 or 14. Some even speculate she was a size 16!

Again, when we see her, when we are faced with her numbers, what’s our first reaction? 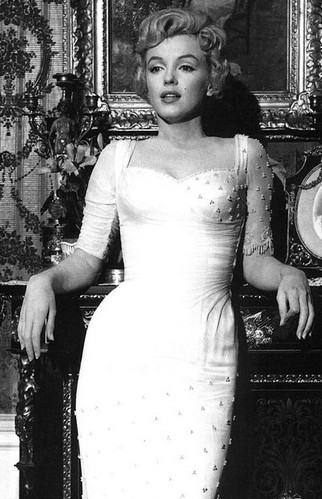 Furthermore, when we turn the mirrors on ourselves, what do we say about ourselves, to ourselves?

This word isn’t a neutral word. It carries extreme, harsh and punishing judgment. There’s no positive outlook or beauty to it, is there?
But that’s a wrong judgment to possess. After all, God clearly states…

All things were made by him; and without him was not anything made that was made. John 1:3

That judgment includes the woman you believe is “too this” or “too that,” when it comes to any scrutinized features. It applies to each of us.

So, what are we thinking, believing, receiving and applying in life? You decide; I decide.

Each one of us needs to be mindful of the thoughts and the judgments we entertain.

It’s not about looking at a photo of Bettie or Marilyn and thinking she’s fat. It speaks to what we believe, value, reject and hate. Why do we possess these judgments and estimations?

It’s also about meditating on God’s thoughts when it comes to our very being. After all, He holds no negative opinion of our forms, whatever they may be. God’s belief about us, bodies included, is they are good (Genesis 1:26-27; Genesis 1:31).

Yes, the power of good cannot be denied; it’s a “God thing.” In fact, we’re instructed to focus on it…

That’s the challenge to each of us; that’s the choice we’re faced with as we assess our very image. God says our bodies are good. Do we believe agree with Him and embrace it?

How do you and I answer the question today?