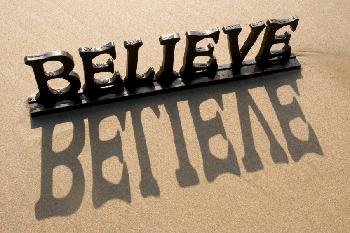 William Henry: “Some read the first, covers all things. So the original also signifies. Charity will cover a multitude of sins, 1 Peter 4:8. It will draw a veil over them, as far as it can consistently with duty. It is not for blazing nor publishing the faults of a brother, till duty manifestly demands it. Necessity only can extort this from the charitable mind. Though such a man be free to tell his brother his faults in private, he is very unwilling to expose him by making them public. Thus we do by our own faults, and thus charity would teach us to do by the faults of others; not publish them to their shame and reproach, but cover them from public notice as long as we can, and be faithful to God and to others.”

In everything love, thinks of the welfare of others before it thinks of it’s own. As Christian, the Lord Jesus said that the world would know we were His by the love we demonstrated for each other. What”s interesting about that phrase is that it was a command, not an observation:

Do we love each other as Christians? In many cases, I think we have to say no. At least, no according to the definition of love given in 1 Corinthians 13. I look around and I see rather that we, as Christians, compete against each other. We demand our own way. We belittle others so that we can be more superior. The very idea of megachurches demonstrates this. Each church competes to have the most members, the best programming, the most charismatic pastor. Love isn”t into competing, but rather into serving, into sacrificial giving, into making another appear (and be) better than oneself.

William Henry”s comment is interesting because I think that, often, churches attempt to point out the flaws in their “competitors” in order attract membership. Imagine if a wealthy church said to a neighboring poor church, “Oh, your building is old and in need of repair. Please, exchange buildings with us and have this larger, newer building.” You”re probably laughing because who could imagine such a scene. And yet, wouldn”t that be true love?

Can you imagine a church that said to visitors, “We are glad to have you here, but if you were attending another church last Sunday, please go back there so that their membership and growth isn”t affected”? Or saying to a struggling church, “Oh, we know you need resources to improve, so we will give you our best preacher, our best musicians, and most of our finances to help you grow”? No, rather, we say, “Oh, we have the best preacher, the best music, the best children”s programming. Come to our church.” Are we truly showing love?

Think about this same scenario at work. Are we competing against other Christians for jobs, for promotions, for raises? Do we put our own priorities, our own desires ahead of others? Is that love?

I think we often even compete within our own families for where we will go, what we will eat, what we watch on TV, where our goals will lead us. Is that love?

Love wants the best for others. Love is quick to forgive, slow to anger. Love easily shares, quickly meets needs, desires to give for the sake of the other.

I think that we have a long way to go to become the kind of loving disciplines the Lord Jesus wants. I know that I do.