We’ve already studied two aspects of love. Love suffers through pain and trials without complaining (patience). And love makes itself useful to others (kindness). These are positive attributes.

What’s interesting is that Paul places them in juxtaposition with two negative attributes, things that love isn’t. 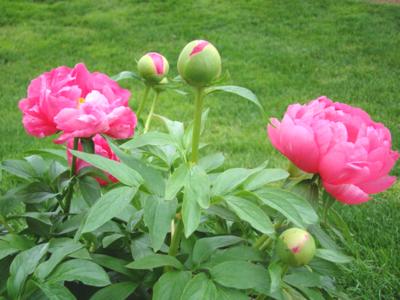 The Greek word translated here “jealous” is “zeloo” and it has two connotations, one negative and the other positive. In other words, it’s an attribute that, in one situation, is good and in another bad.

“Zeloo” means both jealous and zealous. Both are strong emotions. Both have at their core earnest desire. In 1 Corinthians 12:31, Paul uses this same word to say “But earnestly desire the higher gifts.” And now, only a few sentences later, he uses it in another context: “Love is not jealous.” Motivation is everything.

It all depends upon what we earnestly desire.

Our Lord Jesus admonished us not to “lay up for yourselves treasures on earth, where moth and rust consume and where thieves break in and steal, but lay up for yourselves treasures in heaven, where neither moth nor rust consumes and where thieves do not break in and steal. For where your treasure is, there will your heart be also.” Matthew 6:19-21 RSV

Where our treasure is determines whether or not we are zealous or jealous. If we are truly agape-loving, then our treasure doesn’t lie here on earth, but is stored in heaven. We realize that the true treasures of life are those lives who have been redeemed by the blood of the Lamb. The rest is just “stuff” that will burn in the last days, “stuff” that we will leave behind when we graduate to heaven, “stuff” that has absolutely no importance in the broad scheme of things.

It’s always difficult when someone tells us that something “isn’t” something. It’s like saying “Don’t think about this” (and then all we can think about is that thing!). However, there is a positive side to this negative.

The Lord Jesus told us to focus on the treasure that is in heaven: “Lay up for yourselves treasures in heaven.” If we refocus our priorities to cherishing those things which are important to Him (and, in the eternal scheme of things, important to us) and lay aside those things which have only momentary value, we can choose a love which isn’t jealous, but rather zealous for the things of God. Zealous, not jealous… that’s the parallel Paul is giving us.

The easiest way to be this love would simply be to keep quiet. But if we even boast in our minds, if we think ourselves superior in some way to others, we are boastful.

Paul realized this when he said:

But whatever gain I had, I counted as loss for the sake of Christ. Indeed I count everything as loss because of the surpassing worth of knowing Christ Jesus my Lord. For his sake I have suffered the loss of all things, and count them as refuse, in order that I may gain Christ and be found in him, not having a righteousness of my own, based on law, but that which is through faith in Christ, the righteousness from God that depends on faith; that I may know him and the power of his resurrection, and may share his sufferings, becoming like him in his death, that if possible I may attain the resurrection from the dead. Philippians 3:7-11 RSV

It’s like this. Boasting is about comparisons. And comparisons are relative. If I compare myself as a cook to someone who doesn’t cook well, then certainly I have bragging rights. But if I compare my cooking skills to a top chef, then I have nothing to say for my cooking is mundane, ordinary, even useless.

Paul, early in chapter 3 of Philippians, lists his earthly accomplishments: Jewish (of God’s own people), a Pharisee (well-learned and studied), zealous beyond anyone else, blameless under Jewish law. To us these things might seem meaningless, but in Paul’s culture, he was the best of the best. There weren’t any higher achievements.

So, when Paul compares himself to his peers, he is at the top of the heap. But when he compares himself to Christ Jesus, he knows that everything he has done is nothing and means nothing. The only gain in his life was Christ and to be “found in Him.”

It’s like comparing rhinestones to diamonds. Rhinestones, lying in a jewelry case, are beautiful… until they are set next to a truly excellent diamond. Then their sparkle dims in the comparison.

Boasting is about comparing. When we boast, we choose to compare ourselves to someone who we know won’t stand up to the measure we are using. But when we stand in the presence of the One True God, our Savior and Lord, Christ Jesus, we know that we have no bragging rights. Everything we are, everything we have accomplished, and everything we will be is solely and only because of His plans for us, borne from His eternal and overwhelming love.

We have no room to boast.
Love is patient. Love is kind.
Love isn’t jealous. Love isn’t boastful.

Today, I choose to love.