The very first time that
I ever saw and read all the 12 Steps, 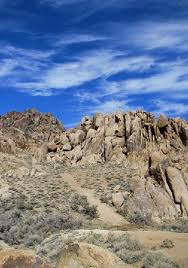 I have to say that it really was love at first sight.
It was like, Wow! Where have you been all my life?
I simply fell in love with the 12 Steps,
and since that first time, I have gone from
strength to strength and never really looked back.

I do recollect that the step which caught my
attention most of all that very first time, was Step 10.
And the phrase in Step 10, which caught my attention
was “promptly admitted it”

For years I had grown up and been around adults
who found it very hard to admit they were wrong.
In fact I don’t re-call any adult relatives as I was
growing up, ever admitting any mistakes or wrong doing.
This is so even when it was blatantly obvious that
wrongdoing (i.e. sin) had taken place.

It was as though it was taboo for an adult to
admit weakness, wrongdoing or mistakes.
Conversely it was also taboo to acknowledge
someone’s right doing, Godly behavior or efforts
to please God.

So, if I was enabling the addictions of the
grown ups around me that was ‘good’,
but if I threatened their ‘supply’ in any way,
then that was considered ‘bad’ and punishable.
And since I could never supply any addiction enough anyway,
this meant that anything I did was ‘not good enough’
and therefore ‘bad’.

Neither did the Godly things that people did.
These too were often taken for granted.
Therefore, I was raised believing
that the actions of others around me
whether right or wrong, good or bad,
didn’t really matter to anyone.

In fact, I recollect deliberately committing sin
in order for my actions to matter to somebody.
It was a rather sad and desperate way of getting
some attention or being noticed.

Can you imagine what a relief it was,
to come across Jesus Christ,
The Bible, and the 12 Steps? What a blessing!
Because it meant I could finally begin to pay attention
to sin nature and also to righteousness or divine nature
and point them out with the utmost clarity.

It was a relief to learn that my actions good or bad
were important to someone; that is….
to God, to Christ, to the Holy Spirit; and then to
all the souls I was meant to serve while here on earth.

It meant I could begin to see the links between
’cause’ and ‘effect’, and how to use my power wisely.
It meant that I could no longer make excuses for
mine or other’s sin nature, but with spiritual
discernment point good or evil out with accuracy
promptly admitting it to be so.

It’s as though now that…
God the Father gives me direction,
God the Son – Jesus Christ gives me motivation and
God the Holy Spirit gives me fruition.

I do thank God that today,
as a born again Christian child of God,
I no longer need to make excuses for sin.