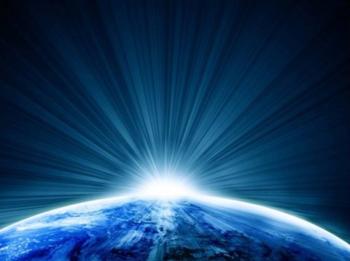 Radio evangelist Chuck Baldwin, WorldNetDaily, and Whistleblower magazine have recently revisited findings by Christian opinion researcher George Barna that only 9% of born-again Christians have a Biblical perspective on life. “The problem with America’s Christianity today is that, for the most part, it doesn’t exist!” Baldwin said, in a June 1 broadcast.

We should revisit these figures too. They first appeared in a Barna Update December 1, 2003: “A Biblical Worldview Has a Radical Effect on a Person’s Life.”1
Barna defined a Biblical worldview as belief in eight propositions:

What Does It Mean?
“People’s views on morally acceptable behavior are deeply impacted by their worldview,” Barna wrote.

“The results are shocking!” Baldwin said.

Given the prevalence of the non-Biblical worldview – in a country in which 80% of the people call themselves Christians – is it surprising that our entertainment industry cranks out smut? That our public schools teach moral relativism and hold “workshops” to teach children how to perform aberrant sex acts? That our politicians, judges, and business leaders aren’t much better?

Shocking, maybe. Distressing, to be sure.

Thou Shalt Not Panic
Let’s not panic. As bad as these statistics are, we who do have a Biblical worldview know that Christ sits enthroned at the right hand of the Father. All power in heaven and earth is given to Him (Matt. 28:18). His enemies shall be made His footstool (Ps. 110:1; Acts 2:34 – 35). Every knee shall bow, and every tongue confess Him Lord (Phil. 2:10 – 11). That is the end to which God has directed all of history. That is the message of the whole Bible, from Genesis to Revelation.
God’s Word is about truth, not self-esteem. Rather than be demoralized by findings like Barna’s, we should take them as indicators of where we are as a nation and where we need to go.

Acquiring a Biblical Worldview
If America wanted to be a Godless nation, there would not have been such a decisive “values vote” in the 2004 election. Support for abortion would not be slipping in poll after poll. Eleven out of 11 states would not have amended their constitutions to block “gay marriage.” Mainline denominations would not be losing droves of members to Biblically faithful churches.

These are indications that more Americans would like to adopt a Biblical worldview. Speaking as someone who for much of his adult life did not have a Biblical outlook, my biggest problem was that I didn’t know I had a problem.

How do you acquire a Biblical worldview?

There’s Hope
Barna has reported one sign that more Americans are already trying to acquire a Biblical worldview. In an April 11, 2005 Barna Update, he found that 45% of adults in America read the Bible during a typical week – “a significant rise from the 31% measured in 1995,” he reported.2

A level of 45% still means there’s 55% left to go, and “during a typical week” can be improved to “every day.” Nevertheless, it’s progress – the kind of progress that, in time, ought to mean changes in the more distressing figures.