An Introductory Look at Silkworth as One of A.A.’s “Co-founders”

William Duncan Silkworth, Jr., was born in Brooklyn on July 22, 1873. His family remembers him as a deeply spiritual man, not interested in any particular denomination. But he was, they said, a devout Christian. For many years, he attended Shoemaker’s Calvary Episcopal Church in New York.[1] 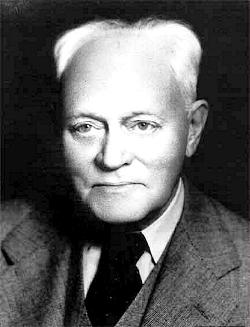 He matriculated at the College of New Jersey, later known as Princeton University, and did pre-med studies there. Dale Mitchel, in his biography of Dr. Silkworth [Silkworth: The Little Doctor Who Loved Drunks: The Biography of William Duncan Silkworth, M.D. (Center City, MN: Hazelden, 2002)], said Silkworth was told quite early of the need for crisis, reform, and conversion when dealing with alcoholism.[2]

In his medical studies, he eventually specialized in neuropsychiatry. And at a time when Sigmund Freud and Carl Jung were looking at varied approaches to spiritual healing of the mind, Silkworth was busy with medicine and neuropsychiatry. He graduated from Princeton in 1896. He sought and obtained an internship at Bellevue Hospital Medical College and received his medical degree in 1899. Bellevue was one of the only hospitals in the United States with a department that focused on alcoholism treatment. And Silkworth spent many years connected with many hospitals focused on treating alcoholics. He studied under and was tutored by a prestigious physician and professor named Dr. Alexander Lambert-a doctor who had been especially interested in narcotic addiction and treatment.[3] Finally, in the spring of 1929, Silkworth was hired as physician in charge of alcohol rehabilitation at Towns Hospital in New York. And it was at Towns that Silkworth became much involved with his patient, William Griffith Wilson.

Silkworth, a Spiritual Experience and Medical Treatment-His Foundation for Long-term Recovery: It Depended, He Said, on the Great Physician Jesus Christ

Throughout his medical career in dealing with alcoholic patients until his death in 1951, Silkworth-according to his biographer-had believed a spiritual experience and medical treatment formed the foundation for long-term recovery.[4] He spoke frequently about the need for reliance upon God and a firm foundation of spiritual strength in order to handle the obsession to drink.[5] In the beginning, the recovery success rate was less than 2 percent.[6]

When Bill Wilson entered Towns Hospital for treatment of his alcoholism in September 1934, he had already been there twice before for treatment. After each of the two prior hospital stays, he had wound up drunk. His wife Lois had all but given up hope of his getting sober.

A.A. literature has long stated that Dr. Silkworth told Bill and Lois during Bill’s third stay at Towns that, if Bill didn’t stop drinking, he would either die or go insane.[7] What only became publicly known a few years ago with the publication of Mitchel’s biography of Silkworth is that Silkworth also told Bill that Jesus Christ, the Great Physician, could completely heal him.[8] And Bill understood that to mean that the Great Physician (Jesus Christ) could cure him of his alcoholism.[9] Silkworth told Bill how he had read about the successes of other spiritual transformations.[10] He also told Bill that, though he was a man of science, he was well aware of the success a spiritual conversion could have. They discussed how many have had to endure a great crisis in their lives before they are willing to accept any form of surrender or admission of a helping God.[11]

I have several times told how Bill acted on Silkworth’s advice. First, Bill learned around late November 1934 that his old friend, Ebby Thacher, had just recently made a decision for Christ at Calvary Mission, the Gospel rescue mission run by Shoemaker’s Calvary Church.[16] Bill decided that the Great Physician might be able to help him just as he had helped Ebby. Bill said he thought, “Yes if there was any great physician that could cure the alcohol sickness, I’d better seek him now, at once. I’d better find what my friend [Ebby Thacher] had found.”[17]

Bill went to Calvary Mission around December 7, 1934, made a decision to accept Jesus Christ as his Lord and Savior,[18] and later wrote that for sure he had been “born again.”[19] He decided to call on the Great Physician for help.[20] And he made his way drunk to Towns Hospital where he was admitted for treatment of his alcoholism for his fourth and final stay on December 11, 1934. At the hospital, Bill cried out: “If there be a God, let Him show Himself!”[21] He sensed the presence of God in his hospital room. He described a blazing, indescribably white light that had taken over the room.[22] He concluded, “So this is the God of the Scriptures. . . . I knew there was a God and I knew there was a grace.”[23]

And he never drank again. In fact, in A.A.’s own basic text, Alcoholics Anonymous (affectionately known as the “Big Book”), Bill D. (A.A. Number Three) quoted Bill W. on page 191 of the fourth edition, as saying to his (Bill D.’s) wife:

Henrietta, the Lord has been so wonderful to me, curing me of this terrible disease, that I just want to keep talking about it and telling people.[24]

Bill W. had-through Silkworth and through his own experience-found the solution to alcoholism. And this was this original solution that was set forth in his 1939 Big Book. A spiritual experience! Years later, Bill wrote the famous Swiss psychiatrist, Dr. Carl Jung, to tell him about the solution, to thank him, and to confirm that the spiritual experience he had discussed with his patient Rowland Hazard–who had helped Ebby Thacher get sober–had worked.

As he had done with Rev. Sam Shoemaker, Bill Wilson called Dr. Silkworth a “cofounder” of A.A. and confirmed many times that Silkworth was “very much a founder of A.A.”[25] He also said, “Perhaps no physician will ever give so much devoted attention to so many alcoholics as did Dr. Silkworth. It is estimated that in his lifetime he saw and amazing 40,000 of them.”[26]

The Silkworth Formula-The Essential Features of the New Approach

The ex-alcoholics capitalize upon a fact which they have so well demonstrated, namely: that one alcoholic can secure the confidence of another in a way and to a degree impossible of attainment by a non-alcoholic outsider.

After having fully identified themselves with their “prospect” by a recital of symptoms, behavior, anecdotes, etc., these men allow the patient to draw the inference that if he is seriously alcoholic, there may be no hope for him save a spiritual experience.

Once the patient agrees that he is powerless, he finds himself in a serious dilemma. He sees clearly that he must have a spiritual experience or be destroyed by alcohol.

The dilemma brings about a crisis in the patient’s life. He finds himself in a situation which, he believes, cannot be untangled by human means. He has been placed in this position by another alcoholic who has recovered through a spiritual experience. Under these conditions, the patient returns to religion with an entire willingness and readily accepts a simple religious proposal. He is then able to acquire much more than a set of religious beliefs; he undergoes the profound mental and emotional change common to religious experience.

The fellowship is entirely different concerning the individual manner of spiritual approach so long as the patient is willing to turn his life and his problems over to the care and direction of his Creator.

The suggestion is made that he do certain things which are obviously good psychology, good morals and good religion, regardless of creed: (a) That he make a moral appraisal of himself, and confidentially discuss his findings with a competent person whom he trusts. (b) That he try to adjust bad personal relationships, setting right, so far as possible, such wrongs as he may have done in the past; (c) That he recommit himself daily, or hourly if need be, to God’s care and direction, asking for strength; (d) That, if possible, he attend weekly meetings of the fellowship and actively lend a hand with alcoholic newcomers.

Reader’s Digest wrote of Silkworth a few months after his death.[28]

Dr. Silkworth was a great man who failed with all human science and was humble enough to use God for a medicine.

The Silkworth theory was what triggered him into a new way of life. Dr. Silkworth’s conversion ideas, as confirmed by William James, had struck him at great depth.[29]

We drunks can thank Almighty God that such a man was designated by the divine Providence to inspire and guide us, individually and as a group, on the long way back to sanity.[30]

Since I have been working with A.A. the comparative percentage of successful results has increased to an amazing extent.

The percentage of success that A.A. has scored leaves no doubt that it has something more than we as doctors can offer. It is, I am convinced, your second step. Once the A.A. alcoholic has grasped that, he will have no more “slips.”[31]