Psalm 119:74 NRSV
Those who fear You shall see me and rejoice, because I have hoped in Your word. 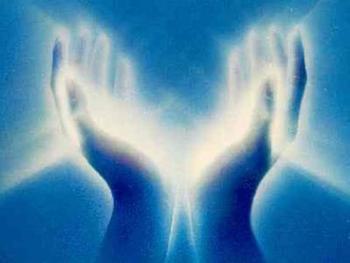 I want people to like me. I mean, I really want people to like me. I think many of us do. It’s a natural thing, to want to be liked and accepted. But more than that, whether consciously or unconsciously, we all work at trying to create a culture around us that’s comfortable. We want our friends and associates to share our morals, values, and habits. And it becomes uncomfortable when we find ourselves planted within a group of people with whom we have little of value in common.

America, once more Christian in practice (though not necessarily in nature), has become increasingly secular over the past century. And where there were pockets of geography where the social culture mimicked Christian values, those pockets are becoming smaller or disappearing altogether. Anti-Christian attitudes are showing themselves (to the surprise of some Christians) and many in the Church seem to be floundering around, not really sure what to do about all of this. In fact, many Christians, in an effort to be accepted and feel more comfortable, have become more and more like the world in their thoughts, values, and practices.

A half century ago, I attended a small church in Southern California. It had about 300 members and no one even considered talking about drinking. The one or two (yes, that few) who smoked, did so secretly away from church property and gatherings. Dress, speech, and manner was moderate, conservative, well-behaved. (For example, my own parents never attended any kind of a movie except those that were G-rated.) Things have changed greatly since those days, at least here in Southern California. Nowadays, it’s very common to have openly practicing Christians talk about drinking alcohol, go to R-rated movies, use foul language, and have multiple marriages due to divorce.

We look exactly like our unsaved neighbors. I don’t believe that this has come about simply because we all decided to be bad. We simply wanted to be accepted, to be part of the society around us, to feel more comfortable.

Is that who we should be?

“The world hated Jesus without a cause. In spite of their fantastic charges against Him, Christ’s contemporaries found nothing in either His doctrine or His deeds to rouse in them such unreasonable anger as they constantly displayed toward Him. They hated Him, not for anything He said or did, but for what He was. (Warfare of the Spirit ).

The fact is, if I expect the unsaved around me to like and approve of me, I’m looking in the wrong place for approval. The psalmist wrote: Those who fear You shall see me and rejoice. Who are those who fear God? What does that mean?

A person who fears God keeps His commandments. The end of the matter; all has been heard. Fear God, and keep His commandments; for that is the whole duty of everyone. For God will bring every deed into judgment, including every secret thing, whether good or evil. Ecclesiastes 12:13-14 NRSV

A person who fears God is trustworthy. Men who fear God, are trustworthy, and hate dishonest gain. Exodus 18:21 NRSV

A person who fears God gives Him glory. Fear God and give Him glory. Revelation 14:7 NRSV

This is the kind of person I want and need to become and these are kind of people with whom I need to fellowship. Father God didn’t call the Church to fellowship simply so we would be able to go to potlucks or have a great time at church on Sunday. We are called to fellowship together so that we have a family of believers upon whom we can depend for prayer, support, and like-mindedness. This family should be people who we know will pray for us, will challenge us to right living, and will be there when we fall to admonish us and teach us how to avoid that trap of sin the next time. It should be a family of believers who fear God. And among that family should be me, a person who also fears God and who hopes in His Word.