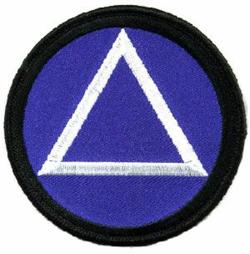 (1) That I’m thinking of drinking.

(2) That I’m really not “willing to go to any lengths” to prevent that from happening.

(5) That I’ve read all the new criticisms of A.A. that seem well-funded, effective in reaching others, and are so varied in their approaches that surely one or the other will feed and fully justify my resentments and my inclinations.

(6) That I have read some website like “stinkin thinkin” which has a vast assemblage of every kind of criticism I can imagine (which misses only a few like Martin and Deidre Bobgan’s 12 Steps To Destruction, Not-God, the Celebrate Recovery Bible, the Small Book, and others). Actually, many of these websites have unearthed and presented solid factual material to support their views; but they also have distorted and omitted so many others that they need to be viewed with caution.

Let’s say I have begun to wonder whether A.A. is a cult; whether the Twelve Steps are a path to destruction; whether A.A. ever was a Christian Fellowship; whether A.A. really had the 75% success rate that was documented in Akron and the 93% success rate that was documented in Cleveland; whether A.A. has really invented some new kind of “god” which can be a group, a light bulb, a chair, a tree, Santa Claus, Ralph, or a Coke Bottle; whether anyone in A.A. can read or mention the Bible, Jesus’ Sermon on the Mount, the Creator, the gift of the Holy Spirit, or the church he attends; whether the new literature from A.A. is right when it says you really don’t have to believe in anything at all to be and become involved in A.A.; or whether “real” Christians are hell bent for destruction if they even mix with AAs; and that A.A. never did work and still doesn’t work anyway. You can easily find one or more of these contentions any day or week on the internet and elsewhere.

Lots of literature will support all these contentions. But will I leave because of them? Will I denounce A.A. as anti-Christian? Will I claim A.A. is a phony religion? Will I claim A.A. produces a sure path back to drinking and drugs? I won’t because the statements are either untrue or irrelevant for those of us who choose to rely on God for help and do it in the rooms of A.A.

I won’t. leave. And I won’t because I have thoroughly researched the origins, history, founding, original program, astonishing successes, and later changes in the program. I have looked for facts rather than seeking out and building on unsupported opinions. I have found great progress today in the hundreds and hundreds of groups that are meeting in A.A. friendly, Bible friendly, history friendly fellowships across the globe. I have found these folks have not only conquered their addiction to alcohol and drugs, but have recognized what A.A. Co-founder Dr. Bob meant when he wrote on page 181 of the Big Book (even in the 4th edition) that: “Your Heavenly Father will never let you down!”

I won’t leave even though some folks allege writers about A.A. are “making money off of A.A.,” are violating traditions, and are cranking out literature and talks that AAs simply must not read. Even though there are allegations that some of these writers are the “anti-Christ,” “born again A.A. evangelists,” and pseudo Christians. Label your target, they seem to claim; and those who look will see the label rather than the target.