“A New Way Out” is a concept I have been sharing with people lately which shows emphatically that the same power and love of God that enabled the recovery and cure of early A.A. members in Akron is available today to those who suffer.

Early A.A. first favored the name “The James Club.” [See DR. BOB and the Good Oldtimers (New York, NY: Alcoholics Anonymous World Services, Inc., 1980), 71. 213.] The older members strongly believed that the Book of James, the Sermon on the Mount, and 1 Corinthians 13 were the parts of the Bible that were absolutely essential to their program. [See DR. BOB, 96.] In fact, the Book of James was a favorite with early AAs. [See DR. BOB, 71.] 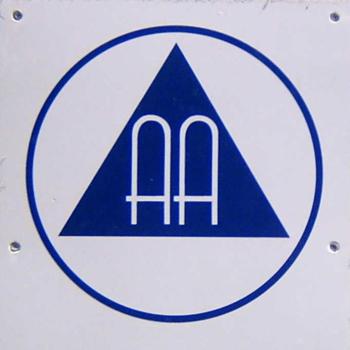 Yet neither “The James Club,” nor “The Way Out,” nor “Their Pathway to a Cure” survived the special excision that took place among four people in the office of Henry Parkhurst in Newark, New Jersey, just prior to the time the Big Book went to print. [See Alcoholics Anonymous Comes of Age, 166-69.] A manuscript of some 800 pages was cut by at least a third, and some 400 pages were thrown out. [See “Pass It On,” 400.] Hazelden History Director and author Bill Pittman personally told me that Bill’s secretary Ruth Hock (who was one of the four present at, and involved with, the special excision) said that the discarded pages consisted primarily of biblical and Christian content.

Bill Wilson himself described many of the changes where a select group of folks in New York threw out the Christian and Bible materials prior to publication: (1) “Fitz thought that the book ought to be Christian in the doctrinal sense of the word and that it should say so. He was in favor of using Biblical terms and expressions to make this clear.” [See Alcoholics Anonymous Comes of Age, 162.] (2) “A few, led by our wonderful southern friend, Fitz M., wanted a fairly religious book infused with some of the dogma we had picked up from the churches and missions which had tried to help us. The louder these arguments, the more I felt in the middle.” [See The Language of the Heart: Bill W.’s Grapevine Writings (New York, NY: Alcoholics Anonymous World Services, Inc., 1988), 202.] Secretary Ruth Hock (who was present) added: “Jimmy B. opposed the strong references to God, in both the steps and the rest of the early chapters; Hank wanted to soft-pedal them; but Fitz insisted that the book should express Christian doctrines and use Biblical terms and expressions.” Ruth remembered: “Fitz was for going all the way with ‘God’; you were in the middle; Hank was for very little.” [See Pass It On, 109.] The resulting Big Book contained conflicting references to “God,” “Creator,” “Maker,” and “Heavenly Father,” coupled with bizarre phrases such as “higher power,” “Creative Intelligence,” “Great Reality,” “Spirit of the Universe,” and “Power.” Bill Wilson then chose to reject all the other Big Book and A.A. statements about the cure of alcoholism and wrote, “We are not cured of alcoholism.” [See Alcoholics Anonymous, 2d ed. (New York, NY: Alcoholics Anonymous World Services, Inc., 1955), 85 (http://anonpress.org/bb/Page_85.htm; accessed 4/9/09).] Such a claim negated the very finding of God, establishing a relationship with God, and power of God Bill had made the cornerstone of his 1939 suggested program of recovery and cure.

“A New Way Out” is not a way to evacuate, take flight from, or flee church, religion, Alcoholics Anonymous, or a recovery program. It is “a” Way that seems vitally needed today when so many are dwelling on nonsense gods, nebulous “higher powers,” and the necessity for “meetings.” This “Way” was the way of the followers of Jesus Christ as they were called in the First Century. [See John 14:6; Acts 9:2; 19:9, 23; 22:4; 24:14, 22 (KJV).] This “Way” is “new” only because it is a new, needed, renewal approach to the growing language of universalism, secularism, and even atheism in recovery talk. It is a way “out” of the misery, the sickness, the confusion, the intimidation, and the fear encountered by those children of God who want God’s help in getting well, the same help that produced a documented 75% success rate among the early Akron A.A. people in their Christian Fellowship.

The Way of the 1935 A.A. group and its Christian Fellowship is an assured way of deliverance by the power of God after coming to Him through Jesus Christ, whether one is suffering in prison, in a homeless shelter, in a rehab, in treatment, in therapy, in a Twelve Step fellowship, or in some church or religious recovery group. Still suffering and relapsing in a group, meeting, or society which is not emphasizing abstinence, the love and power of God, obedience to God, growth in fellowship with God, and intensely working with and helping others to recover in the same manner by means of love for and service to them. The message for them is the one that Dr. Bob set forth in the last page of his personal story in the Big Book: “Your Heavenly Father will never let you down!” [See Alcoholics Anonymous, 181]