So we will begin by looking at what the Founders and the Big Book have said about the Twelve Step program of recovery and the fellowship of Alcoholics Anonymous. 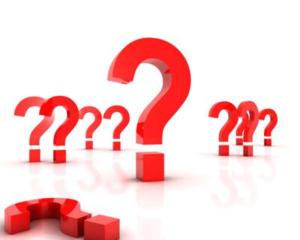 Bill Wilson put these important comments in the Big Book of Alcoholics Anonymous, and here is how they are still expressed today:

Page 17: “The tremendous fact for every one of us is that we have discovered a common solution. We have a way out on which we can absolutely agree, and upon which we can join in brotherly and harmonious action.”

Page 29: “Each individual, in the personal stories, describes in his own language, and from his own point of view the way he established his relationship with God.”

Page 57: “He humbly offered himself to his Maker–then he knew. Even so has God restored us all to our right minds. . . He has come to all who have honestly sought Him. When we drew near to Him He disclosed Himself to us.”

Pages 58-59: “Rarely have we seen a person fail who has thoroughly followed our path. . . . Remember that we deal with alcohol–cunning, baffling, powerful! Without help it is too much for us. But there is One who has all power–that One is God. May you find Him now!. . . We stood at the turning point. We asked His protection and care with complete abandon. Here are the steps we took, which are suggested as a program of recovery.”

Page 60: “Our description of the alcoholic, the chapter to the agnostic, and our personal adventures before and after make clear three pertinent ideas: (a) That we were alcoholic and could not manage our own lives. (b) That probably no human power could have relieved our alcoholism. (c) That God could and would if He were sought.”

Page 68: “We never apologize to anyone for depending upon our Creator.”

Page 98: “Burn the idea into the consciousness of every man that he can get well regardless of anyone. The only condition is that he trust in God and clean house.”

Page 181: “If you think you are an atheist, an agnostic, a skeptic, or have any other form of intellectual pride which keeps you from accepting what is in this book, I feel sorry for you. . . . Your Heavenly Father will never let you down!”

Page 191: “Bill [Wilson] . . . said, “the Lord has been so wonderful to me, curing me of this terrible disease, that I just want to keep talking about it and telling people.'”

How plain must the language be! The Alcoholics Anonymous program of recovery suggests a solution, based on the conclusion that God can and will relieve us of our alcoholism if we thoroughly follow the path. And that proposition is what kept me motivated at the beginning, and that is the solution I have found after these 24 plus years of continuous sobriety.

Now here’s the problem! Despite the foregoing language, intruders have inserted the following language into A.A. literature, obtained “Conference approval,” and expected newcomers to believe that the new intrusive contentions represent the recovery program of A.A. Here is what one A.A. General Service Conference-approved pamphlet states in Pamphlet P-24:

“There is a lot of talk about God, though, isn’t there? The majority of A.A. members believe that we have found the solution to our drinking problem not through individual willpower, but through a power greater than ourselves. However, everyone defines this power as he or she wishes. Many people call it God, others think it is the A.A. group, still others don’t believe in it at all. There is room in A.A. for people of all shades of belief and nonbelief.”

Now don’t think for a moment that the foregoing represents the program of recovery Dwight1035spelled out with clarity in the Big Book quotes above and by co-founders Dr. Bob and Bill W. But the statement represents the crack in the door through which writers for A.A. and others are pouring nonsense gods, atheism, and unbelief.

Thus today A.A. General Services is about to consider a recommendation, stated in general terms, that the Literature Committee prepare a pamphlet on spirituality that includes the stories of atheists and agnostics who have successfully gotten sober in Alcoholics Anonymous. And one objecting group summarizes the effort as one to prove that you can work the program of Alcoholics Anonymous without God.

If you can, what are the Twelve Steps for? What does a newcomer do about the common solution, about finding God, about the solid concept that the steps lead to the conclusion that, since the individual cannot relieve himself, nor can any other human being, he turns to God for deliverance, concluding that God could and would if He were sought.

Now, outside of A.A., we have growing amounts of well-funded efforts that contend, in some cases, that the Twelve Steps are “Twelve Steps to Destruction,” that you are hell-bound if you fellowship with the “godless” members of A.A., that A.A. is a religious cult, and that A.A. itself is really about “not-godness.”

There is no doubt today that A.A. is not a Christian Fellowship. There is no doubt that its basic ideas came from the pioneers’ studies and efforts in the Bible. There is no doubt that there are tens of thousands of Christians in A.A. and the recovery arena who rely on Almighty God for recovery. There is no doubt that the program in the Big Book fully supports their studies, efforts, and beliefs today. What is really in doubt is, that if the intruders keep forcing into literature the foreign idea that you don’t need God in A.A., the newcomers, the atheists, the agnostics, and the opponents of A.A. will most assuredly try to promote a mass exodus from an A.A. program that nonetheless still declares “God could and would if He were sought.”

Dr. Bob put it simply. He said that “First Things First” derived from the passage in Jesus’ Sermon on the Mount in Matthew 6:33: “Seek ye first the Kingdom of God and His righteousness, and all these things shall be added unto you.” Both Bill and Bob declared that Jesus’ Sermon on the Mount contained the underlying philosophy of Alcoholics Anonymous. And I’ll go along with that rather than Twelve Steps to nothing.