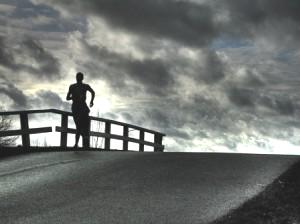 Therefore prepare your minds for action; discipline yourselves; set all your hope on the grace that Jesus Christ will bring you when he is revealed. Like obedient children, do not be conformed to the desires that you formerly had in ignorance. Instead, as he who called you is holy, be holy yourselves in all your conduct; for it is written, ‘You shall be holy, for I am holy.’ . . . Now that you have purified your souls by your obedience to the truth so that you have genuine mutual love, love one another deeply from the heart. You have been born anew, not of perishable but of imperishable seed, through the living and enduring word of God. 1 Peter 1:13-16, 22-23 NRSV

I am an Army mom. My wonderful son is a combat MP who has served in Iraq and who, with his company, is returning there this summer. Being an Army mom wasn’t something that I chose for myself, but it is something that I embrace because it is what the Lord has chosen for my son. When my first son was away on his first tour, I met many other military moms who were intensely worried for their children’s lives. Many asked me how I could be so calm when my son was in harm’s way.

Now, I’m no saint (except for the wonder of being a follower of the Lord Jesus). But I am practical and I try to embrace the heart of God as much as I can. So, I am able to walk calmly when my son is in Iraq or my husband is working hurricanes for FEMA because there are certain realities of life which American society has tried to erase and unfortunately which the Church has pushed away.

The first reality is that the only guarantee in life is death. Everyone dies.

Until the Lord comes to rapture the Church, we can expect to die. Whether by accident or illness or simply old age, we will leave this world to see the next. And death, for the nonbeliever, should be something to be feared because death means the beginning of hell. But for the believer, we should be looking forward to death.

It amazes me when believers shrink from death. Why is that? Do you not realize that death releases us from all of the problems, the struggles, and concerns of this life? Why don’t we instead rejoice that we are going to Heaven, not just a better place, but the BEST place?

I saw a movie the other day and, in typical Hollywood fashion, the priest droned on and on about what a tragedy it was that death had taken a person so young. If that person was a believer, why is it a tragedy? This life is suffering! While there are joys, the joys here are nothing compared to the joys we will experience in heaven. Why would we not celebrate when a believer is taken Home? And so, while I love my son dearly and thoroughly enjoy his company, I know that one of us will go Home first. As his mother (who loves him), I would never want him to have to stay here—in this place of duty—if the Lord calls him Home (to that place of delight).

“Why me?” is the wrong question and it sets us up for disappointment, depression, and even anger at God. “God, why did you choose me for this suffering?” The question we should instead be asking is “Why not me?” You see, there is suffering everywhere. As much as we try to mask it in the Western world, the fact is that most people in the world suffer. They suffer from lack, they suffer from persecution, they suffer from pain. And when we are faced with the possibility of suffering, rather than running from it, we should simply say, “Well, why not me?” and look at it as an opportunity to grow in our faith.

Do you not know that in a race the runners all compete, but only one receives the prize? Run in such a way that you may win it. Athletes exercise self-control in all things; they do it to receive a perishable wreath, but we an imperishable one. So I do not run aimlessly, nor do I box as though beating the air; but I punish my body and enslave it, so that after proclaiming to others I myself should not be disqualified. 1 Corinthians 9:24-27 NRSV

When we run from suffering, we are giving into the lusts of our bodies. And yet, Paul said that he punished his body, he enslaved it in order to receive the prize: salvation. He encouraged us to run in such a way that we might win! And that requires self-control. The self-control that refuses to complain. Do you know that one of the fruit of the Spirit—patience—is actually usually translated as longsuffering? The actual meaning of “patient” is “bearing pains or trials calmly or without complaint.” When scripture tells us to be patient, it’s not saying that we simply bear with Aunt Sally who is a bore. It is saying that we face suffering fully and without complaining about it or trying to avoid it.

The proverb talks about the fact that no one is without sin. While we may not murder or maim or even be drunkards, we often sin by fighting against that very thing which God is bringing into our lives to show us that we need Him! The person who doesn’t suffer doesn’t need a Savior. It is when we are faced with the reality of life—the fact that life is painful and horrible and full of suffering—that we realize how much we should want to be with Him in the Heaven that He is preparing for us.