I recently caught a viral video of a turtle repeatedly head butting a cat. The feline, annoyed, swishing its tail, eventually got up and moved. And the turtle was on its way. Is it a lesson in adversity? In persistence? In forging ahead, despite negative feedback? 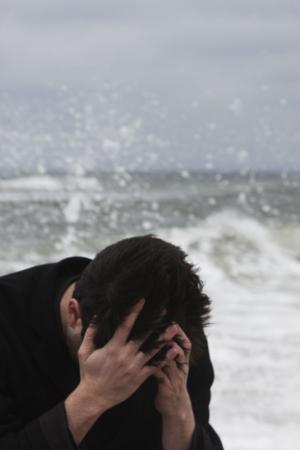 Other people hold mirrors up to us. And a significant mirror came to me in the form of a critic to my beloved baby, my book, “Thin Enough.”

They say we’re supposed to embrace the criticism and the ugly truth. Well saying that, doing that and feeling great about it don’t necessarily happen all at the same time. But criticism and unpleasant comments still occur, often while we’re in the middle of something as challenging as recovery from a compulsion, addiction or disorder.

After my book’s release in 2006, I had some reviews. They weren’t raves from “The New York Times,” but some positive things were said about how my book was helpful, containing insightful counseling questions and relevant scriptures by topic.

And, likewise, I also had some reviews which said my book wasn’t helpful to eating disorder sufferers, was too distracting and was not enough of a genuine resource. And, I suppose, the point could be made. After all, I had no counseling credentials, no doctor added to my name. It was just me, telling my story.

But still, these reviews were ouch-y.

One such review was made by a book critic who reviewed “Thin Enough” on her blog.

She – ah, let’s give her a name, not her real name – “Nelly” wasn’t crazy about my use of scripture, my wonderful counseling questions or the statistics I placed in the book. She stated I gave the reader a lot of busy work, but not much of a story. Ouch. She was annoyed by it. In fact, the most positive thing she said about my book was how she was drawn to my book cover.

(At least she liked something, right)?

So, what do I do with these less than great reviews?

I had to just accept it for what it was. I believe there’s truth in both good and bad press. Some people loved my story; some thought it was irrelevant. Some people loved the scriptures and the questions; some people, like Nelly here, were annoyed by them.

These differing opinions both existed and neither one cancelled out the other.

Again, it comes down to which press do you believe: the good or the bad?

I’ve often heard of actors, performers and writers who say they never read their own reviews. Why not? Because it’s not the entire story; it’s not all horrible or all praiseworthy. Any product or performance is imperfect because WE are imperfect. A work can be excellent, but perfection is too much to require of it. And pleasing everyone out there? Well, forget about doing that!

Why am I going on about this? What’s the point? I believe we need to look at this critique element concerning even our addictions and recovery processes.

I didn’t like it, but my critic, Nelly was pointing out the doubts I was asking about myself.

Yeah, people like to be liked; it feels great when people say nice things about you, give you awards and make a big production of your existence.

You can suppress that reality, proclaim you’re not affected by it. However, like pushing a beach ball under water, eventually the truth will pop up again.

Not that I have already obtained all this, or have already been made perfect, but I press on to take hold of that for which Christ Jesus took hold of me. Brethren, I count not myself to have apprehended: but this one thing I do, forgetting those things which are behind, and reaching forth unto those things which are before, I press toward the mark for the prize of the high calling of God in Christ Jesus.
Philippians 3:12-14

Just because that’s the case, however, don’t let that stop you from growing, changing and yes, seeking God, warts and all, even in spite of addictions, disorders and compulsions. And don’t be condemned when, not if, you fall, because of these less than sweet or pretty realities.

For all have sinned and fall short of the glory of God. Romans 3:23

Don’t let that stop you. Be the relentless, head butting turtle.

God hasn’t given up on any of us; why should we give up on Him?

He knows in full detail, what’s going on with us, at any given point. And He’s never intimidated by that reality, as we run into resistance, criticism, obstacles or failures.

Caution: critique. Whether it’s your own, a circumstantial critique or one emanating from another person, be it positive or negative, don’t let that critique be the final say; let God be instead!