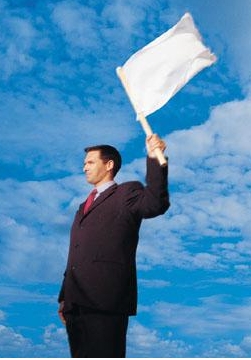 How about, Will, shall, and couldn’t be more delighted. And not “WILL”, as in, “I will be at practice tomorrow”. But “WILL”as in, not willing to waiver on one’s ideas or principles, and unbending to the will of others, only being those of the rules of surrender. This perspective is that of a test;

Let’s say person 1 who got the flat tire, was on their way to save someones life. Person 2, was on their way to commit a heinous murder. If you thought to yourself you were glad it happened to the person 2, you failed. Either parties destination is relevant. It would be like looking to see what popped the tire. All I know, is nothing at all. For nothing at all with surrender, is far greater then having all, with anger, remorse, sadness, regret, wishing, narrowness, and unrepented sin. Remember, that no word in any dictionary really has any definition. We are giving the word it’s definition.

For example the word ‘happiness’. When you think of that, you think positive thoughts. Well your wrong. I know of many drug users, murderers, shop lifters, and racist that are happy. And on the other hand, I know of people that followed these steps of surrender, and are happy. It is not any word, but the motive behind it.

Think of GOD as the seed to a huge oak tree. All of those branches will not be perfect. Some will fall and parish below, others will have 1 leaf, others will have four, and others 50. For it is only the seed that knows. For the seed itself can no longer been seen, leaving some branches to believe other theories of how they became to be. Fact is, that seed had perished itself for the sake of that tree. The seed is now the wind, the rain, the snow, the lightning, and any other act that will determine the branches, leaves, and base of that oak trees destination. Remember that a beautiful branch alone can not be seen when covered by leaves. But it is the leave covered branch that stays warmer in the cool nights.

My life you ask? Drug abusing father, divorced parents, racist family, grandmother death, 6 MIPS, lose of job, rehab trip, mental ward visit, grandfather death, adopted by the father I have today, lived in Howell as a black kid, alcoholic, drug addict, DUI, and death of biological father after only knowing him for 3 months.

My view now as a surrender step follower? Drug abusing father? He’s a Picture to look at, of what way not to live my life. Racist family? At least I have one. They came around. 6 MIPS? Better than 6 felonies. Howell? First African American to be on homecoming court. Addict? I know of addicts who are blind, deaf, severely obese, lost every material and physical possession, homeless, no family, addicts who are constrained to wheelchairs, and addicts who can not speak. I myself am none of those.

The beauties of living these steps, is seeing addicts that struggle with these “unfortunates”, and still live in surrender. For it is the blind man that continues to serve these steps, who is stronger than any seeing man who serves these steps. Because he surrendered, the blind man now knows that without his blindness, he would have never surrendered. No glass is half full nor empty. There is no level of anything. For we no not such thing as even ground.

Be thankful for the glass itself. It is the man with the “full glass” that pours his water into his fellow neighbors, so he to can drink, is who’s glass is truly full. You will never receive full adherence to a perfect life. Only the peacefulness of knowing it won’t be perfect. May the GOD grace you through this journey, and you grace him with but one thing, and one thing only, and that is to begin living in surrender. Remember, surrender isn’t a bad thing. You surrendered to your drug. Now surrender to these steps. It is a life of contentment, selflessness, understanding, and peace. We would really like to have you with us. 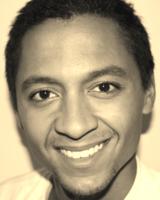