One of the most sobering chapters in all of Scripture can be found in Deuteronomy 6. In this well-known portion of the Old Testament, we are informed that the Law of God is more than just a series of directives handed down by a Divine Deity. In fact, we learn that obeying the Law is not only a life-long pursuit, but a pursuit that can actually lead to a longer life (6:2). We are also told that obeying the Law is “for our good always and for our survival” (6:24). Further, we are tasked with the mission of not only obeying this Law ourselves, but of passing it on and teaching it to our children (6:6-7). Any one of these three components, when considered on its own, should be enough to convince us that God takes His Law seriously. Together, however, these three components form an unbreakable chain of history, responsibility, and legacy that prove that God’s expectations of His people have always been the same.

Many evangelicals are quick to dismiss anything from the Old Testament, especially if it smacks of “law-keeping,” but it should be noticed early on that verse 5 in Deuteronomy 6 has a familiar ring to it. Most Christians are surprised to find out that this verse is actually an Old Testament verse because they associate it solely with Jesus: “You shall love the Lord your God with all your heart and with all your soul and with all your might.” This is what Jesus refers to as the “great and foremost commandment” in Matthew 22:38. John Calvin states that in order for this all-encompassing love for God to be brought about, “our soul must first be emptied of all other feelings and thought, our heart cleansed of all desires, and our powers gathered and concentrated upon this one point.”[1 ] In other words, it will require a constant mental, emotional, and physical battle to obey this “great and foremost commandment.” However, Jesus was not telling His first-century hearers anything new when He gave this commandment, He was merely reiterating what they already knew. 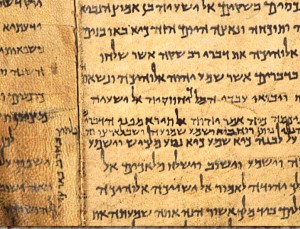 “Deuteronomy 6:4, Hear, O Israel: The Lord our God, the Lord is one…” is one of the most crucial Old Testament texts for the foundational teachings of both Jesus and Judaism… According to the Babylonian Talmud (Sukkah 42a), Jewish boys were taught this biblical passage as soon as they could speak. Since the Talmud specifies that “the father must teach him” (i.e., the son), we may confidently assume that Joseph, Jesus’ earthly father, was responsible for fulfilling this task… Today, Deuteronomy 6:4 is referred to as the Shema (literally “Hear!”), based on the verbal imperative at the start of the verse. The Shema is often called the watchword of Israel’s faith because it declares the oneness and uniqueness of God… The Shema is not a prayer (rabbinic literature never refers to “praying” the Shema) but a confession of faith or a creed… As the Shema developed it came to include three passages from the Law of Moses. The first (Deut. 6:4-9) proclaims God’s oneness (v. 4) and calls Israel to love him and obey his commandments (vv. 5-9). The second (Deut. 11:13-21) details the rewards promised for obeying these commandments and the punishments for disobeying them. The third (Num. 15:37-41) sets forth the law concerning tassels on the garments as a reminder to keep “all the commandments of the Lord” (v. 39). In accordance with Deuteronomy 6:7 the Shema was recited twice a day, in the morning and evening: “when you lie down and when you rise…” The Shema was recited as the last utterance of martyrs being led to their death, and to this day it is recited at the conclusion to deathbed confessions. Thus, Jews are taught to have the name of God on their lips from early childhood to the moment of death.[2 ]”

Notice that the Shema was not just a rote memory device, but was designed to keep the requirements of the Law ever before the mind and heart of the people of Israel. Modern Christians shy away from such devices because they believe that Christianity is a relationship, not a system of dos and don’ts. (This is what they claim anyway. The actual practice of modern Christianity tends to betray their real beliefs.) There is a kernel of truth in this, but it must be remembered that “loving the Lord your God with all you heart, soul, and might” originated not with the New Testament but with the Old. Israel knew just as well as modern Christians that true religion is a relationship. But this didn’t keep them from taking steps to remind themselves that their “relational religion” made demands on their behavior as well. They didn’t recite the Shema over and over to simply remind themselves of the existence of the relationship, but of what the relationship meant for their daily lives.

“These words or propositions [contained in the Shema] would at least include the fact that the true God was in a relationship with them (that is the significance of the word Lord), and that there was only one such God. But to “hear” this teaching properly, the Israelites had to consciously reject the idols (gods) around them and “remember” that they were in a covenant relationship. Knowing these truths carried responsibilities for both their outward behavior (we could say their “hands”) and their heart attitude.[3 ]”

The “grace, not law” mantra of modern evangelicalism has blinded most 21st century believers to the reality that although we are saved by grace, we are not saved to remain as we were. The grace that saves us demands that we do not remain the same self-absorbed individuals that we were before the grace was sent our way. Evangelicals sing of “trusting and obeying,” but if you ask them if this means trusting and obeying the Law of God, they will immediately inform you that Jesus did away with all that. Most will tell you—like a recent commenter did—that Jesus did not die for nations, but only for individual souls. This popular evangelical understanding is completely false and unbiblical and is a major contributor to the “lone gunner for Jesus” mentality prevalent in the modern church. Jesus did not die on the cross for individual “Christians,” but for His Bride, the Church, the “New” Jerusalem. When we become members of Christ’s Church, we become members of Christ’s family, who are “created for good works” (Ephesians 2:10).

“Christianity centers upon Jesus Christ the Lord who, today and every day through the Holy Spirit, confronts everyone to whom the Gospel comes, summoning us to recognize and respond to him. He calls on us, not just to acknowledge his reality and the salient facts about him, but to exercise faith in him—that is, on the basis of the facts, to trust him—for the forgiveness of our sins; to repent—that is, to leave behind our present natural life of sin-driven bondage, and enter a new life of Christ-led freedom; and to become disciples—persons, that is, who conscientiously, as our life project, walk with him, learn from him, worship him and the father through him, and maintain obedience to him, conforming ourselves to his recorded attitudes and example up to the limit of the Holy Spirit’s enabling… Every Christian thus becomes a work in progress, a lifelong reconstruction site, with the Holy Spirit as architect and craftsman at every point, first to last.[4 ]”

This lifelong reconstruction project is not unique to the New Testament—it comes from the Old Testament generally, and from the Shema specifically. John Murray notes that the Deuteronomy 6:5 admonition to love God with all your heart, soul, and might makes it clear that the “holiness of God demands holiness on the part of those who enter into such a covenant relation with him.” Murray continues: “It is the same principle as that expressed in the New Testament, ‘Without holiness no man shall see the Lord’ (Hebrews 12:14), and is reiterated in Old Testament terms by Peter when he says, ‘As he who hath called you is holy, so be ye holy in all manner of conversation, because it is written, Be ye holy, for I am holy’ (1 Peter 1:15; cf. Leviticus 11:44; 19:2; 20:7). The holiness which is demanded by the covenant fellowship is expressed concretely in obedience to the divine commandments.”[5 ]

In Luke 24, we find Jesus walking on the road to Emmaus with two of His disciples. As they walked they were discussing the events of the crucifixion and the empty tomb. The two disciples are confused to what it all means and Jesus chides them for their lack of understanding: “O foolish men and slow of heart to believe in all that the prophets have spoken! Was it not necessary for the Christ to suffer these things and to enter into His glory?” (24:25-26). He then proceeds, “beginning with Moses and with all the prophets,” to “explain to them the things concerning Himself in all the Scriptures” (24:27). In typical Shema fashion, Jesus taught His two followers as they “walked by the way” (Deut. 6:7). He showed them how the entire Old Testament (Moses and all the prophets) pointed to Himself. In other words, He explained the “true faith” to these two men:

“True faith acknowledges God’s presence in every dimension of human existence. Giving God praise and blessing for all benefit derived derived from his creation is a way in which the believer sanctifies life and receives the kingdom into all parts of his or her daily experience, the dreary routines as well as the spiritual highs. Awareness of God’s grace and presence gives deeper meaning to the mystery of life. Faith is rooted in the human sense of wonder, awe, and amazement over all that is known and unknown about God.[6 ]”

The book of James tells us that “faith without works is dead” (2:17), but works without faith are also dead. The Shema teaches us that every daily activity is an opportunity to talk about the one, true God, but it also reminds us that this same God undergirds and should serve as the foundation of everything we think, do, and say. Jesus shows us that the Shema is not only for the Old Testament, or for the people of Israel, but for all followers of the “true faith.” Jesus shows his fellow travelers that He Himself is the one, true God of the Shema and this understanding changes everything. It’s not that the Law has become obsolete, it’s much more than that; it has been fulfilled. New Testament followers of Jesus should have a much greater appreciation and love for the Law of God because it speaks of Jesus. Rather than taking every opportunity to show how the Law does not apply to us, Christians should be digging into it to find Jesus being proclaimed in every and all ways. The revelation of the New Testament should drive us, in awe and wonder, back to the Old Testament looking for Jesus everywhere, and then teaching it diligently to our sons and talking of it when we sit in our houses and when we walk by the way and when we lie down and when we rise up.