I clearly remember the day my wife, Liz, told me that she had been sexually abused as a child.

We were watching TV and I could tell she wasn’t really interested in the show.

“What’s wrong?” I asked her, unaware that her answer would turn my world upside down. 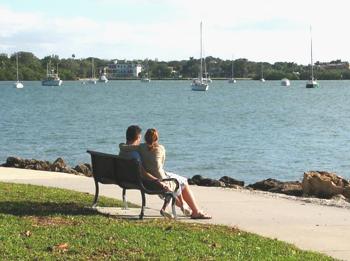 “My stepfather sexually abused me when I was a child,” Liz said.

There was a long period of silence as I searched for something to say. Here I was, suddenly presented with a startling revelation. I was dumbfounded.

Liz stared at me, waiting for a reaction.

Questions began to flood my thoughts. I really didn’t know what to think.

“What do you mean?” I asked. “Why would your stepfather do such a thing?”

Then it all came flooding out.

Liz told me about the abuse and how she’d wake at night to find her stepfather watching her with a strange, mad look on his face, how he’d ruin her clothes, embarrass her in front of her friends and family and, in later years, get jealous when she dated boys.

She told me about the episodes in the bathtub, the attic, and all of the times she tried to tell somebody and how nobody listened or did anything about it, and how the stepfather moved the family often so she wouldn’t get close to neighbors and squeal on him.

I didn’t realize it at the time, but while I listened to Liz recall memories of her childhood sexual abuse, I had taken the first steps on a long, arduous and rocky journey that would change my life forever. From that day on, I’d learn more about a strange and very distorted world — a world I didn’t know existed — the world of the childhood sexual abuse survivor.

These days, more men are finding themselves in the situation of helping a spouse who was sexually abused as a child. In the past, many women used to push the problem aside but they’re now coming forward in ever-increasing numbers to confront perpetrators.

For Liz, breaking the emotional ties with her family was one of the toughest things she’s had to do. Her family was close-knit and telling me of the abuse was very unsettling for her. Her family ostracized her for stirring up trouble and taking her problems outside the family.

However, coming forward and then eventually getting help to recover from the trauma of the past was the best thing Liz has ever done.

We began seeing a counselor who helped Liz go through the process of healing from her abusive past, confronting the perpetrator, and releasing her anger. The counselor also helped me understand what Liz was going through which, I believe, speeded up the healing process.

It took several months for Liz to heal the wounds of her past and it wasn’t easy, but she eventually was able to leave the pain and anger behind and look towards a brighter future.

I wrote a book based on our experiences in hopes of helping other couples in a similar predicament. It’s the only book written by the husband of a childhood sexual abuse survivor. My purpose in writing the book was to give men a greater understanding of the healing process for survivors. That way they can be a help rather than hindrance in the healing.

The book: “What About Me? A Book for Men Helping Female Partners Deal with Childhood Sexual Abuse” can be downloaded here http://www.helpforpartners.wordpress.com.

Today, Liz is fully healed from the torment of her horrible past. As a result, she and I are able to live a happy, fulfilled life.

Copyright 2013 by Grant Cameron,
All Rights Reserved. Used by permission.
Grant is an award-winning journalist
and author living in Ontario, Canada.
His wife, Liz, is a physical fitness trainer who
helps people achieve their goals.