“…Look up, and lift up your heads; for your redemption draweth nigh.”
Luke 21:28

I’ve recently taken on a newer kind of exercise routine – and it has nothing to do with weight loss. 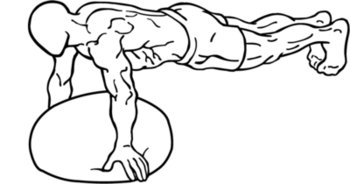 After years of mysterious flares of right side pain, I have been diagnosed with a bulging disc. This was, in addition, to the mild form of Scoliosis which was never completely resolved when I was twelve years old. So, in between those two realities, I’ve had bouts of intense, radiating pain which now require physical therapy. Hence, the exercises. And the star of those exercise are the press ups.

I lie on my stomach, with my arms bent at my side, pushing my body up into a yoga looking pose, stretching my spine with the extension. In essence, I suppose I resemble a dog howling at the moon. The reason for doing this pose is to take the pressure off my right-sided bulging disc, moving it more toward the center. The ultimate goal is to move all pain and discomfort to this center, up and out.

I’m not there yet, obviously.

I’ve had to do numerous sets of these suckers. At first, it was two sets a day. But more recently, to gain maximum effectiveness, my physical therapist has me doing six to eight sets of thirty a day.

And, as I’m howling at the moon, my therapist has also added more difficulty to the routine.

Now she adds puffy pillows to press up against. Again, the focus is to get enough of a stretch to take pressure off the disc.

So, as I’m doing these things, I’ve had a lot of time to think about the benefits: pain relief, better mobility and health.

Still, it doesn’t change the actual tediousness of the press ups. I would rather not do them.

But, spiritually speaking, as much as physically speaking, the things which are good for us often are not the things we’d choose to engage in. Often, we want the path of least resistance. We’d rather lose our tempers, binge, be unrestrained and avoid work. That is certainly more fun, in the short term, than putting a guard on our mouths, making healthy lifestyle choices, saying no to ourselves and making an effort. It’s not a flattering picture. Nevertheless, it is an accurate one.

What does it profit, my brethren, if someone says he has faith but does not have works? Can faith save him?… But someone will say, “You have faith, and I have works.” Show me your faith without you works, and I will show you my faith by my works. You believe that there is one God. You do well. Even the demons believe—and tremble! But do you want to know, O foolish man, that faith without works is dead?…You see then that a man is justified by works, and not by faith only… For as the body without the spirit is dead, so faith without works is dead also. James 2:14, 18-20, 24,26

As we continue the process of implementing healthy life choices, we need to, on an individual basis, tap into just what God would have us do. Likewise, we need to discover what we need to leave up to God to work out. It is give and take, ying and yang, grace and effort. Neither negates the other; they are both important in our lives.

So, what spiritual press up is required of you as you go on with your life? There is value, meaning and reward for it. You may not need a yoga mat, but, whatever you need to do to pursue your fullest health, life and potential, why not go to God, right now, finding out, exactly, what “it” is?