Do not remove the ancient landmark that your ancestors set up. Proverbs 22:28 NRSV 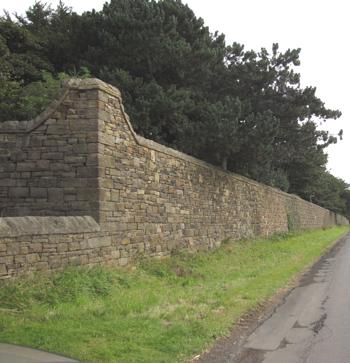 “We are here taught not to invade another man’s right, though we can find ways of doing it ever so secretly and plausibly, clandestinely and by fraud, without any open force. Let not property in general be entrenched upon, by robbing men of their liberties and privileges, or of any just ways of maintaining them. Let not the property of particular persons be encroached upon. The land-marks, or meer-stones, are standing witnesses to every man’s right; let not those be removed quite away, for thence come wars, and fightings, and endless disputes; let them not be removed so as to take from thy neighbour’s lot to thy own, for that is downright robbing him and entailing the fraud upon posterity.” ~Matthew Henry

As adults, we also stretch boundaries, but I think we excuse that stretching for different reasons. We are busy or tired or stressed and so we stretch a boundary, excusing it with “I’ll only do it this once.” I’m in Virginia right now attending summer classes at Liberty University. Liberty is a staunch evangelical school and the vast majority (over 90% of the students) claim to be Christians. Add to that the fact that two thirds of the students attend the online school and are older adults (like me). Given all that, you would think that academic honesty would be the least of this institution’s worries. And yet, here (as in many colleges), there is a growing problem with plagiarism. Plagiarism is a kind of boundary stretching. It is taking someone else’s work and claiming it for yourself. Plain and simple, it’s stealing.

Now, having been here and met my fellow students, I can tell you that none of them would intentionally simply take another’s work for their own. But with overstressed, overburdened, over-committed lives, I can see one or two (or more) taking work from another and justifying it by saying they now have more time for their kids or their spouses or their jobs. In other words, a “good” is supposed to justify the evil, the sin.

I had another friend, married with children, who collected “boyfriends” like some people collect stamps. She was an out and out flirt and told me that she wanted these men to like her and long after her. Because it never went past the early flirting stage (no physical intimacy), she justified it as good, clean fun. And yet, she was stretching (and overstepping) relationship boundaries, both in the relationship that she owed her husband and in the proper relationship she should have had with these other men, some of whom were married.

I find myself wanting to stretch boundaries. There are so many things that don’t please the Lord, but if I can justify it or only do it “this once,” the sin just doesn’t seem so bad. I can overeat if it’s “comfort food” and I’m in a stressful situation. I can gossip if the other person is just as willing to participate. I can curse if I’m really angry and the situation is untenable. Boundary stretching. Justification for choosing to sin. The apostle Paul writes, in Romans 6:

What then are we to say? Should we continue in sin in order that grace may abound? By no means! How can we who died to sin go on living in it? Romans 6:1-2 NRSV

God established ancient barriers of behavior. On one side of the barrier is righteous living; on the other side is sin. We are commanded not to move the barriers, a commandment not given capriciously, but given in love to protect us from the ravages of evil. When we stay within the boundaries, we harm no one and we protect ourselves. It’s the least we can do for a Father Who gave us His all to save us from our sins.