We all want to be free. The desire to be free is part of our make-up, and that means God gave us that desire. In my case, I want to be free to be the man God wants me to be. I have always wanted that. Wanting and achieving are two different things, however. 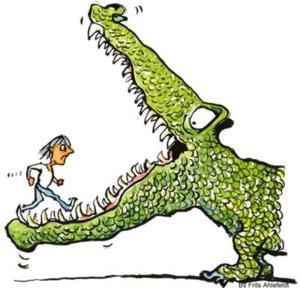 I have fears. These fears weigh me down. What caused them? I have ideas, theories, and sometimes even valid reasons why these fears exist. But, what matters is how I have handled these fears. Some people grow out of them. I didn’t. I took them with me into adulthood. And, in doing that I thought maybe I could use them in my favor. The best thing to do was to plan, anticipate, scheme, and prepare. The overall plan for the day was to control, control, control. That took a lot of thought. In the process I became an insomniac.

And, over time, I became an alcoholic.

Why? Because as life happened, it got more complex and there were too many loose ends. The pain of seeing these dangling ends was too much. Alcohol took care of that and, in an odd way, it helped. I could sit up at night and plan, anticipate, scheme, and prepare and be energized by the alcohol.

Eventually all of this came to a head: my world imploded, and my biology crashed. Suddenly there I was totally alone being a person I hated.

Trouble was, I really was that person.

So, what was I to do? In fact, I did not do anything. It was Jesus who did something. He confronted me. He got into my face. He tried a variety of ways to intervene which I, of course, either could not see or perhaps was too self-absorbed to see.

When you hit bottom, you are so alone. All of you who read this know that. I had failed myself and others, and others had failed me. I was desperately alone. I was so alone I was physically ill.

There I sat ill, on a glorious sunny Saturday, 21 October, 1994, in the midst of beautiful Colonial Williamsburg, surrounded by happy tourists, and there I was, slowly dying inside. That was when He spoke. There was no audible sound. He spoke in my spirit: “Michael, the reason you are in bad health is because of your drinking. Once you stop the drinking, your health will improve and everything will be all right.”

Jesus was using the word “health” in two ways. The first applied to the disease of alcoholism. The second applied to the deeper spiritual disease or malaise which I knew would force me to address long hidden issues out of my entire life. Frankly, it was the second disease that I feared the most.

So, where did I need to start?

I started through His Word. Scripture. Later that day, as I was sinking into withdrawal (I had not had any alcohol in 12 hours)I asked Him how — how was I ever going to stop drinking? And, on top of that, what was I to do with myself once I stopped? Horrible fear overtook me — the fear that I would be so exposed and helpless for all to see with no place to hide, being a person even I did not like. It was terrible. I saw no way out.

He gave me two verses: Proverbs 3:5 and Philippians 4:13. I took out the Gideon bible in our motel room and found them:

Trust in the Lord with all your heart and do not lean on your own understanding. Proverbs 3:5

I can do all things through Him who strengthens me. Philippians 4:13

Suddenly the fear was gone. The “edge” of alcoholic withdrawal was taken away, and I felt human — real — and I even felt safe in the knowledge that I was there, in Him, and comfortable being who I really was. I claim this as a divine intervention in my life, and in many respects, the next day, 22 October, was really the first day of the rest of my life: a life that had to be grounded in God, not in my fears and need for control.

So, it was His Word that was put me on the road to freedom. I am not there yet. I was not instantly healed. I will be seeking good health in both of these areas for the rest of my life. Probably I will never quite get to the end of the road, but by then I will be in His arms and then it will be glorious.

Until then, I have His Word, and I want to continue in His Word in order to know truth and through that truth, have freedom.

In the next installment, I want to give some thought to the word “continue” as Jesus used that word.

My name is Michael the Penguin and I am a Christian in recovery.