In the past two weeks, I’ve become aware of two pastors (same denomination, different churches) who are wallowing in self-pity and self-indulgence. Both claim depression and overwhelming personal pain. One used the term “burned out.” A Christian who is “burned out?” Who cannot go on in ministry or service for the Lord? Oh . . . my . . . goodness! 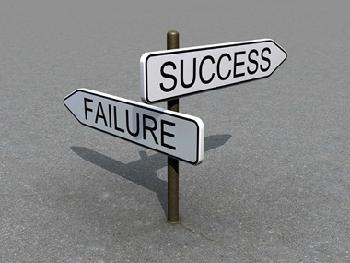 On the one hand, I’m angry at these brothers. How dare they, as servants of the Lord and leaders within the Church, be so self-centered as to put their own desires ahead of the desires of the Lord? And, on the other hand, I’m filled with pity for these men who are so deluded in their beliefs that they can justify “crises of faith,” doubt as it were, without feeling the least tinge of remorse or fear of God’s judgment. (And if they are fearful, not fearful enough to turn back to the narrow path.)

We have forgotten, as Christians, that while there are many things that are permissible, among those permissible things are those which we should not embrace. Just because we can do something doesn’t mean that we should do something. Unfortunately, we have become so self-indulgent that, rather than even considering the benefit of something, often we don’t even think of sin, no less think of whether or not something is beneficial.

And is it permissible to doubt? To be angry with the Lord? The 1960’s brought us the idea that we are to be honest and to embrace ourselves honestly. And that truly is a Christian virtue. But we have failed because we stop there. Rather than simply accepting ourselves honestly, we are to admit–to confess–that which is sin and to bring it to the Throne for forgiveness. And what merits forgiveness? Repentance. To repent means to not only honestly admit a behavior or a choice, but to see it as sin and to turn around and go a different way.

The other side of this is that we aren’t to embrace our sin to the point that such sin becomes characteristic. Sin repeated becomes sin habitual. And such places us in jeopardy of hell. I think that perhaps these pastors have so deluded themselves as to believe that God’s love will carry them to Heaven regardless of their behavior or choices on earth. In other words, it doesn’t matter that they are denying the power of the Cross now; God will save them. And they are wrong.

Both men are seeking God’s voice. One man has actually resigned his pastorate of decades to follow his “crisis of faith” in order to see what God is really doing among His people. Unfortunately, neither man may end up truly hearing from God. For we only hear from God when first we are obedient. David Wilkerson writes:

“Sadly, great numbers of Christians do not know God’s voice. Some can go for months, even years, without ever receiving an intimate word from the Lord in their inner man. Oh, God did speak to them at one time. But over the years, they’ve learned to silence his voice in their hearts. Others have been turned off by so much foolishness among those who believe that every word that pops into their minds is divine. Such people boast, “God told me”—yet the “word” they hear is only their covetous flesh taking voice!

“If you want to know and hear God’s voice in the days ahead, be ready to have him speak of cleansing before he speaks of direction. Many Christians want God to tell them how to hold on to what they’ve earned, how to provide for their family, how to keep their business or career afloat. But the truth is, before God gives us a word of direction in any of these matters, he’ll speak to us about his commandments” (from http://davidwilkersontoday.blogspot.com/2009/03/i-cant-talk-to-youunless.html).

God never tells us to do what is contrary to His word. And His word tells us that we are to deny the flesh, take up our cross, and follow Him. The way of obedience is one of self-denial, not one of self-indulgence; one of faith, not one of doubt. James tells us that the person who asks and doubts will not receive:

But when he asks, he must believe and not doubt, because he who doubts is like a wave of the sea, blown and tossed by the wind. That man should not think he will receive anything from the Lord; he is a double-minded man, unstable in all he does. James 1:6-8 NIV

In fact the person who doubts is unstable in all he does. How can we trust what we believe, what we “hear from the Lord” when we are in such an unstable condition? Rather than trusting our own impulses (which tell us to run, to be angry, to be depressed, to doubt), we should run to those who are standing steadfastly in the Word and in faith and ask them what we should do. When we are in a “crisis of faith” we cannot trust even our own motives. We are unstable, spiritually unstable!

Is it permissible for us to be honest in our doubts? Yes! However, rather than asking whether or not we can have doubts, we should be asking ourselves whether or not we should have doubts? Is doubting beneficial to our faith? No, of course not! And doubt is an emotion. It is something that is totally controllable by the disciplined mind. Rather than entertaining doubting thoughts, we take our thoughts into captivity and think only of those things which are of the Word, only those things which the Lord says to do. There is no reason to have a “crisis of faith.” The Father gives to those who ask. If we ask for faith, He will give it. But faith comes when we cannot see, when we refuse to have a “crisis of faith” and instead, trust in the darkness, knowing that His character is sufficient for every situation.