1 Corinthians 4:15b-17 RSV
For I became your father in Christ Jesus through the gospel. I urge you, then, be imitators of me. Therefore I sent to you Timothy, my beloved and faithful child in the Lord, to remind you of my ways in Christ, as I teach them everywhere in every church. 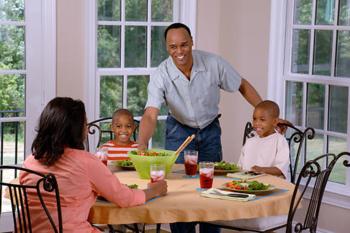 I have a sign in my classroom: “Fewer people with kids; more parents.” The crux of the sign is that simply having kids (begetting them, living with them in the same house, etc.) isn’t the same as parenting. Parenting is a responsibility, probably beyond all others, that requires that a parent sacrifice for their child: sacrifice time, sacrifice resources, sacrifice priorities.

Many American parents don’t do that.

I’ve found that most parents fall into two categories: (1) The ones who refuse to raise their children the way they were raised (usually meaning that their parents restricted what they could have and do and it made them resentful), and (2) the ones who insist that this is now their time in life to be able to do what they want to do. And while that’s a discussion for another time, the fact remains that these kinds of parents have calloused American Christians to the idea of having spiritual parents (or, for that matter, spiritual children). In fact, for many adult Christians, if an older Christian were to stand up and announce, “I’m your spiritual father (or mother),” that adult would likely simply sigh and think, “Oh, someone else to make demands on me.”

No more. The American Church has become enamored with the American youth culture. More and more our pulpits and worship teams and church leadership are filled with the young and beautiful, rather than the elder and wise. We have become a Church that leans more toward Manhattan Avenue (and all its advertising methods), rather than a Church that seeks the Bible for its definition and purpose.

But Paul insists. “I became your father in Christ Jesus . . . be imitators of me.” Why?

The fact is, most of us learn by example, by modeling, by mentoring. While we insist that we would prefer to learn through our own experiences, the fact is, that’s not an efficient or healthy way to learn. After all, who wants to learn that a saw blade is sharp by having their arm cut off? And yet, spiritually, that’s what we often do. This insistence is born in a spirit of independence and rebellion that refuses to submit to anyone else.

My own son, who is a believer, who loves the Lord greatly, shared with me that his generation doesn’t trust my generation. With cause! But that doesn’t mean that there aren’t godly men he can imitate. It simply means there are fewer are them. The fact is, my generation hasn’t been trustworthy, but rather has been self-centered and, often, self-destructive. In order to say, as Paul, “Imitate me,” we must first be imitatable.

Many of us haven’t taken Paul’s advice to heart and looked for those godly men and women that we can imitate. How many of us have Christian mentors (either formally or informally) from whom we can learn the skills and secrets of the faith? How many of us have elder Christians who call us to account when our behavior is rebellious and wrong?

And, as we grow older, as the former generation dies and we, by nature of our years, step into that place, can we say with confidence to a younger Christian, “Imitate me as I imitate Christ”? If someone were to receive no Christian training but only had our lives to see, would they understand what they were to become as a believer?

Paul said with confidence, “Imitate me,” because he knew that his life reflected the essence of the gospel. Do our lives reflect the Lord Jesus in the same way?