Psalm 89:5 NRSV
Let the heavens praise Your wonders, O Lord, Your faithfulness in the assembly of the holy ones. 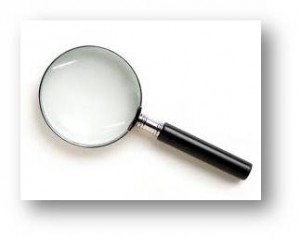 I work in a very small, rural community. Often, when my husband and I go to the grocery store, we see students from one of the two school in which we work. The younger students are often amazed that we are there, as if they believe (which I think some do) that we should live our lives only and always at school. That’s where they know us; that’s where we belong. In their eyes, we are simply teachers with no other roles (such as spouse, parent, or friend) and teachers belong at school. I’ve even had very young ones run to the nearest aisle and peer out at me, wonderingly, afraid to talk to me outside of my “regular” sphere of influence.

I think as Christians we often think of God similarly. We box Him into the areas in which our lives revolve. God is here on this earth, within the stars and sky we see, and within our lives. In a sense, within “the heavens” and within “the assembly.” And His doings are limited to the wonders and faithfulness that we know, at least in our minds. Doris Akers used to sing a song entitled “How Big Is God?”

How big is God? How big and wide is His domain.
To try to tell these lips can only start,
He’s big enough to rule His mighty universe,
Yet small enough to live within my heart

How big is God? Psalm 95:3-5 NRSV tells us that He holds everything in His hands:

For the Lord is a great God, and a great King above all gods. In His hand are the depths of the earth; the heights of the mountains are His also. The sea is His, for He made it, and the dry land, which His hands have formed.

Now, I know that God doesn’t have hands in the sense that I do, but He made the earth. He is obviously much bigger, much more powerful than any force I can see or even imagine! His power goes beyond… beyond anything I can know of or learn about:

He determines the number of the stars; He gives to all of them their names. Great is our Lord, and abundant in power; His understanding is beyond measure. Psalm 147:4-5 NRSV

According to astronomers and scientists, there are approximately (because they can’t count them all) between 10 sextillion and 1 septillion stars in the universe. Now, to understand that (if you’re not a mathematician; I’m not!), a sextillion is the number 10 with 22 zeroes after it. And a septillion is the number 10 with 24 zeroes after it. There are at least that many stars and God has named every one of them!

I have about 60-80 students in each of my two choirs and I can’t keep all their names straight or memorized. I can’t imagine not only remembering, but having the vocabulary possible to name 10 sextillion stars. And yet my God has done this! And the psalmist says that “the heavens” (that is, all these stars as well as their accompanying planets, the comets, the suns, and moons, and anything else out there) praise God’s wonders. They also praise His faithfulness to us who meet together in His assembly, the believers who are called by His name.

This universe is huge, but God’s focus is on earth, on the creation He made in His image (us!), and on the work of salvation that He has done to create a Bride for His Son. In other words, God’s focus is on me. And as His daughter, I have a direct line to Him, anytime, anywhere. He wants to hear from me, to talk with me, and to care for me. He is faithful to me. Oh, that I would learn from His Spirit how to be faithful to Him!