It’s really easy to get trapped by the frenetic mindset of the world, to believe that the ultimate goal of life is to win or to acquire or to succeed. 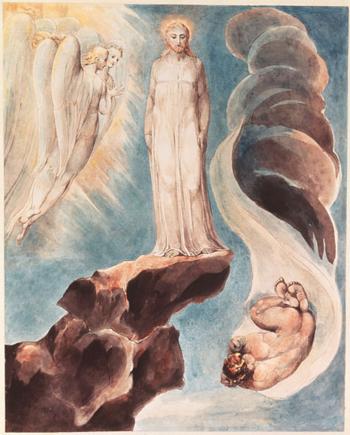 We lose so much when we think that what we gain now, that what we rule now, that what we control now somehow has meaning. We lose because we fail to see the horizon. We are so caught up with the temporary demands of the now we don?t remember that life continues (and continues long) after this day of life is over.

Proverbs 11:18-19 NRSV
The wicked earn no real gain,
but those who sow righteousness get a true reward.
Whoever is steadfast in righteousness will live,
but whoever pursues evil will die.

The Lord Jesus told a parable about such a man, a man who was so consumed with what he was doing in this life that he failed to plan for the next.

Then He told them a parable: “The land of a rich man produced abundantly. And he thought to himself, ‘What should I do, for I have no place to store my crops?’ Then he said, ‘I will do this: I will pull down my barns and build larger ones, and there I will store all my grain and my goods. And I will say to my soul, Soul, you have ample goods laid up for many years; relax, eat, drink, be merry.’ But God said to him, ‘You fool! This very night your life is being demanded of you. And the things you have prepared, whose will they be?’ So it is with those who store up treasures for themselves but are not rich toward God.” Luke 12:16-21 NRSV

The man’s attitude was simply to forget about eternity and to believe that controlling this life was the ultimate goal. The Lord Jesus uses a phrase that would have been familiar to the disciples: “Eat, drink, and be merry.” Most of us have heard the passage like this: “Eat, drink, and be merry . . . for tomorrow we die.” This saying actually comes from a verse in Ecclesiastes and a verse in Isaiah. The Isaiah passage says:
In that day the Lord God of hosts
called to weeping and mourning,
to baldness and putting on sackcloth;
but instead there was joy and festivity,

killing oxen and slaughtering sheep,
eating meat and drinking wine.
“Let us eat and drink,
for tomorrow we die.”
The Lord of hosts has revealed himself in my ears:
Surely this iniquity will not be forgiven you until you die,
says the Lord God of hosts. Isaiah 22:12-14 NRSV

The passage in Isaiah emphasizes the idea of frivolity in this life, ignoring the fact that we will ultimately be brought to account by God Himself at the last judgment. In the Isaiah passage, the Lord was calling them to repent… and instead they wanted to party. That is the message that the Lord Jesus was bringing in His parable: that we focus so much on gaining in this life, thinking that there is some value in it, when, in fact, we are better suited to be at the Throne in prayer, confession, and supplication; we are more well served to be thinking about who we are as believers, than whether or not we are successful by the world?s standards.

In Proverbs, “the wicked” is often used to refer to those who chased after the dreams of this world without regard to how much they harmed those around them. There is, then, this comparison between the wicked and the righteous, those who are self-centered and pursuing gain at any cost and those who would choose to serve others (rather than themselves) and live lives that please God through their righteousness. And while we made righteous by the blood of the Lord Jesus, we also choose righteousness (to the best of our ability through the power of the Holy Spirit) when we choose to obey Him rather than the impulses of our flesh.