1 Corinthians 5:1-5 RSV
It is actually reported that there is immorality among you, and of a kind that is not found even among pagans; for a man is living with his father’s wife. And you are arrogant! Ought you not rather to mourn? Let him who has done this be removed from among you. For though absent in body I am present in spirit, and as if present, I have already pronounced judgment in the name of the Lord Jesus on the man who has done such a thing. When you are assembled, and my spirit is present, with the power of our Lord Jesus, you are to deliver this man to Satan for the destruction of the flesh, that his spirit may be saved in the day of the Lord Jesus. 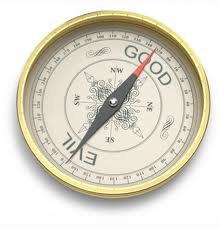 If the apostle Paul, instead of writing this in one of the sacred epistles, had wrote this on an Internet message board or in a blog, I can hear the responses: “Judged? How can you judge him?” “The Bible tells us specifically not to judge one another.” “We need to love this man, not judge him.”

And yet, not only the sinful man, but the entire congregation . . . Paul judged! And pronounced sentence. He condemned what was happening among them.

Our lack of love, true love, for each other and particularly for those who sin appalls me. It isn’t love when we tolerate sin. It isn’t love when we ignore the fact that someone’s lifestyle may lead them eventually to an eternity in hell. It is self-love. We are cowards. We are afraid how we will be seen. We aren’t concerned about the sinner. We are concerned about ourselves.

Does that seem harsh? And yet, I hope it rings true in your heart.

I just attend the memorial service of a dear friend. None of her children—for whom she prayed for years—are saved. And, in fact, they are living lives of terrible sinfulness. And yet, both pastors who were asked to speak soft-petaled (until it was almost invisible) the strong gospel of Jesus Christ. What’s interesting is that they did what my friend would have never done! She never soft-petaled anything in her life. And given the opportunity to speak boldly to her children about the Lord, she did. Here was the perfect opportunity and both pastors, in an effort to be loving, spoke about grieving and memories and the psychological steps of mourning.

These children—her beloved children—will spend their eternities in hell unless they accept the Lord Jesus as their Savior. Where was the urgency in that?

If our child was running across the lawn and the next few steps would take her into the street right in front of an 18-wheeler, would we be concerned about sparing her feelings or would we be screaming for her to stop?

Paul heard that the Corinthian church had allowed one of its attenders to participate in the church fellowship while he was living in sexual sin. It doesn’t say whether or not the man was in leadership, but it does say that the church was “arrogant” about this situation. Perhaps they felt proud of their “love and tolerance.” Perhaps this man was prominent and they wanted him to be a part of their group. Whatever the reason, Paul is strongly concerned about what’s happening because this man’s behavior is leading him down the broad path to hell. Paul’s concern is for this man’s eternal salvation:

Verse 5: “You are to deliver this man to Satan for the destruction of the flesh, that his spirit may be saved in the day of the Lord Jesus.”

Paul didn’t tell the church to counsel this man, to embrace him in hopes that he would repent. He told them to cast him out of their fellowship, to repudiate their relationship with him. But the purpose wasn’t some formula for exacting punishment; it wasn’t because Paul was angry with this man. The purpose of the punishment was to convict the man of his sin and to compel him to repent.

In 2 Corinthians, it’s obvious that it worked:

But if any one has caused pain, he has caused it not to me, but in some measure—not to put it too severely—to you all. For such a one this punishment by the majority is enough; so you should rather turn to forgive and comfort him, or he may be overwhelmed by excessive sorrow. So I beg you to reaffirm your love for him. (2:5-8 RSV)

We need to ask ourselves what’s our motivation when we tolerate sin, when we reach out “in love” but ignore the fact that the person is flaunting their actions in God’s face. Do we really love that person, enough to risk their ire, their disdain when we speak the Word boldly? Or are we simply trying to save our own relationship with them?