Recently, I saw of photo of a clouded leopard, lovingly gazing into its trainer’s eyes. There was unconditional trust and affection in that gaze. At least, I hope it was and not an entrée selection. 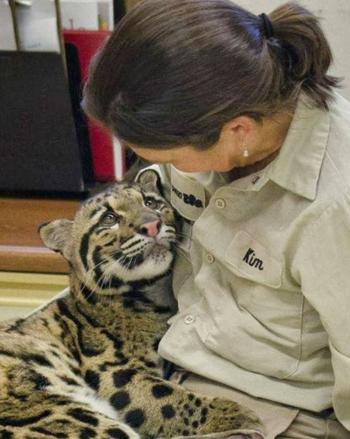 But, looking at that leopard’s face, I was struck by that adoration look. It could be unconditional love or a food craving, but the emphasis is still the same. It can be person, place or thing. And that’s the thing about addictions; they can also be person, place or thing. But the adoration answer is definitely there somewhere. It’s the magic solution to our lives. It’s the promised fix of “happily ever after.”

That adoration look frequently shows up on Harlequin romance book covers. Someone is in a pirate’s outfit; someone’s in a bodice and petticoats. But when you look at that the cover, there’s that gaze, that kind of “my life is now complete” gaze.

And that’s addiction. It’s addiction because it is a substitute for God, the spiritually driven hunger for connection with our first love. We may not even know He is just that. After all, God started the whole thing… 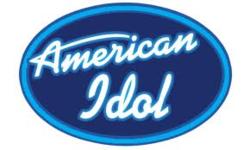 I love great preaching that spurs me to think differently and dig a little deeper. This weekend Pastor Jeff Lucas offered a new (to me) perspective on idolatry and the 2nd commandment.

You shall have no other gods before me.

“You shall not make for yourself an image in the form of anything in heaven above or on the earth beneath or in the waters below. You shall not bow down to them or worship them; for I, the Lord your God, am a jealous God, punishing the children for the sin of the parents to the third and fourth generation of those who hate me, but showing love to a thousand generations of those who love me and keep my commandments.” Exodus 20:3-6

I knew this was about more than golden calves. I knew idols might disguise themselves as jobs or money or power or anything that becomes first priority.

Slavery: according to www.dictionary.com slavery is described as:

1.The state of one bound in servitude as the property of a slaveholder or household.
2. a.The practice of owning slaves.
b.A mode of production in which slaves constitute the principal work force.
3.The condition of being subject or addicted to a specified influence.
4.A condition of hard work and subjection: wage slavery. 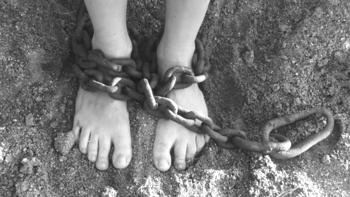 And according to the thesaurus on the same site, these are some of the words that go along with slavery:

As you can see, slavery is not a very nice thing. The people of Israel knew all too well what slavery was when they were slaves in Egypt for 400 years. What started out as good, with Joseph being the 2nd in charge in Egypt, soon turned into something terrible and forceful when a bad pharaoh took over.

As a little girl, I had one of those pink girly hand mirrors. 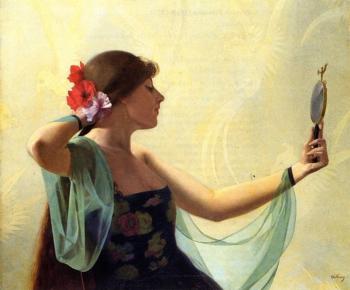 Its back had a girl’s face on it, a pretty one, naturally. She had blue eyes, blond hair and an upturned nose. It wasn’t exactly diversity.

Years later, I think back to playing with (looking at) that mirror; which side was more harmful to what eventually became my bad self- image. Was it that girl’s face- or was it my own face staring back at me?

I have not sat with vain persons, neither will I go in with dissemblers. Psalms 26:4

Recently, I watched the Disney animated version of the classic story, “Alice In Wonderland” by Lewis Carroll. The story has gotten many years of pop culture attention and references. The rock band, Jefferson Airplane notoriously captured the drug aspect of it in their song, “White Rabbit.” 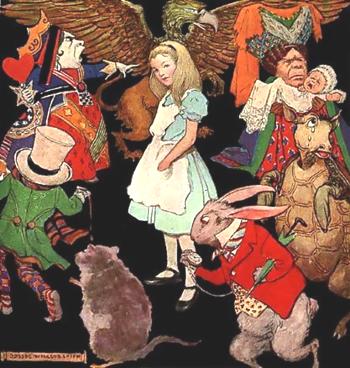 And, as I watched the film, yes, I was struck by the “drink me” and “eat me” scenes. Alice, bored with her current existence, encounters a utopia of Wonderland, but is faced with the obstacle of a locked door.

And her “solution” was to partake of these provided substances to alter her size. She believed she could, indeed, be “just the right size” and obtain her perfect life of this magical world.

Proverbs 18:1 NRSV
The one who lives alone is self-indulgent,
showing contempt for all who have sound judgment.

“Prayer opens a whole planet to a man’s activities. I can as really be touching hearts for God in far away India or China through prayer, as though I were there. Prayer puts us into direct dynamic touch with a world. A man may go aside today, and shut his door, and as really spend a half-hour in India — I am thinking of my words as I say them, it seems so much to say, and yet it is true — as really spend a half hour of his life in India for God as though he were there in person. Is that true ? If it be true, surely you and I must get more half-hours for this secret service. No matter where you are you do more through your praying than through your personality.” ~ S. D. Gordon 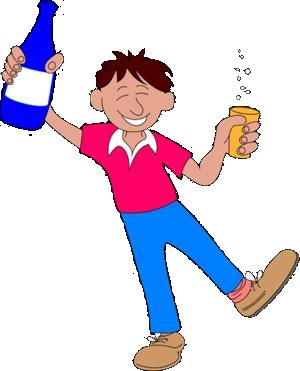 There is living and then there is living. In other words, there is existing, having our physical bodies be in a certain space and time, and then there is the purpose and focus for our living where our thoughts and priorities dwell. One can live alone physically and be in touch with the world at large through prayer and focus and concern. And one can live in the midst of the largest metropolis and be solely centered on her own agenda and concerns.

We all wander in the wilderness to some extent. No one on earth has “arrived.” Anxieties, fears, worries, depression, pain afflict us all. 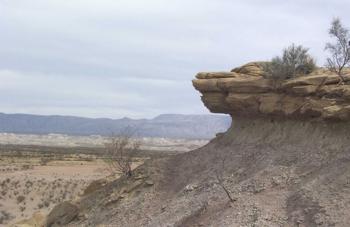 Just because someone is saved does not mean that bad things no longer happen or that we cease to be confused at times. The difference is Who we choose to carry us when we can no longer carry ourselves.

We all have a choice to make. Are you going to be the Lord of your own life and insist on going it alone? Will you look to other people, places and things to carry you? (This is
idolatry). Or will you look to God?

When I was a little girl, I once went into one of those carnival funhouses with the mirrors. It was the one and only time I did so. I remember I didn’t get very far. I took one look at my distorted series of reflected images and high-tailed it out of there so fast, you could probably see my streak marks hang in the air. 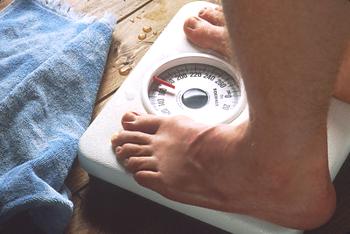 Cut to about fourteen years later: I was nineteen or twenty years old when I was, once again, standing in front of multiple mirror images. Only this time, there was no carnival- and certainly, no fun. It was, instead, just me, choosing to stand and scrutinize myself in front of my three-way mirror, picking myself apart, via my disordered eating and body image behaviors.

Then Samuel told the whole house of Israel, “If you’re returning to the Lord with all your heart, then remove the foreign gods and the Ashtaroth from among you, direct your hearts back to the Lord, and serve him only. Then he will deliver you from the control of the Philistines.” 1 Samuel 7:3, NET Bible

I have to look seriously at who – or what – I am serving. For I can be easily deceived if I am not regularly submitting myself to the Lord my God. 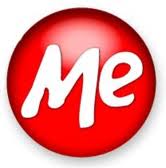 There are many things I can serve in this world, none of which honour Jesus: I can serve money, other people, addictions to various substances or activities – I can even serve an addiction to people if what they think of me, or if their opinion, is more important to me than His opinion or what the Lord thinks of me.

Something else that I can become a servant to is my emotions. It is so easy for me to become overwhelmed by my feelings, and when I do, I can begin to quickly bow down to them. When anger rears its ugly head in me, it is all too natural for me to lash out at my husband or the nearest loved one to me. However, the Lord says in His Word:

A gentle answer turns away wrath,
but a harsh word stirs up anger. Proverbs 15:1, NIV84

When I feel discouraged and overwhelmed by a task that is before me, it is simple for me to say, “I just can’t do this!” But the Word of the Lord speaks differently:

I would almost make a presumption that almost everybody in the world knows what guilt is and that they are guilty of something in their life. Who has not told a “white lie” in order to make things look a little cleaner than they actually are? I admit to telling more white lies than I can count and I am only 36 at the moment. And even if you were to argue that you are not guilty of anything, have I got some shocking news for you. According to the Bible, everybody is guilty of sin. In fact, when we are born, we are born into a sinful world and we automatically become part of that sinful world. (Isaiah 53:6 New Living Translation (NLT) 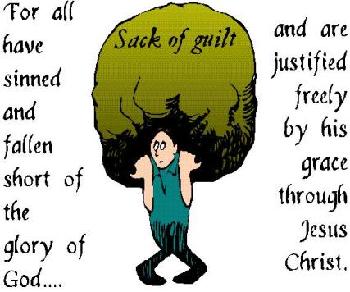 All of us have strayed away like sheep. We have left God’s paths to follow our own. Yet the LORD laid on him the guilt and sins of us
If we say we have no sin, we deceive ourselves, and the truth is not in us. If we confess our sins, He is faithful and just, and will forgive our sins and cleanse us from all unrighteousness. If we say we have not sinned, we make Him a liar, and His Word is not in us. (1 John 1:8-10 RSV)

Romans 3:23
For all have sinned, and come short of the glory of God.

And the Bible tells us that if we think we have not sinned that what we are indeed doing is calling God a liar –
1 John 1:10 King James Version
(KJV) If we say that we have not sinned, we make him a liar, and his word is not in us.

What we are guilty of depends on how we were raised, what we were taught to believe in school, at home, and our other places of meeting. But the Bible makes it clear that all sin is equal. There is no one sin greater than another like we as humans class them as, save one special sin. According to the New Testament, Blasphemy of the Holy Spirit is the ONLY sin that is not forgivable.