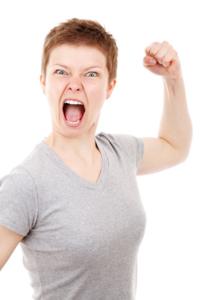 According to John Bevere in his book,The Bait of Satan, the bait of taking offense is the number one trap that the enemy – Satan – sets for Christians. And the closer the relationship between the people involved in the offense taken, the deeper the wound and the deeper the offense, as seen in the depth of David’s suffering when he expresses his suffering after being betrayed by one near and dear to him in Psalm 55:

12For it is not an enemy who reproaches and taunts me–then I might bear it; nor is it one who has hated me who insolently vaunts himself against me– then I might hide from him.
13But it was you, a man my equal, my companion and my familiar friend.
14We had sweet fellowship together and used to walk to the house of God in company. Psalm 55:12-14, Amplified Bible

The contrast with Joseph, Mary’s husband, in Matthew 1, is striking. Let’s set up the scene:

Joseph is pondering how to divorce Mary without causing her any shame or undue embarrassment. The situation? Mary, Joseph has discovered, is pregnant, and they are in the first year of their marriage. As stated in the NKJV Study Bible regarding chapter one and verse eighteen, in Jewish culture, marriage is a contract; the difference from our Christian marriage covenants was that, in Jewish culture, this covenant was made about one year before the consummation of the marriage [p.1490] Therefore, the news that Mary was pregnant would not be welcome to Joseph. He was the person in this party that we would expect to be raging, but instead, we find him having been in a state of meditation prior to having made a decision as to what to do:

18Now the birth of Jesus Christ took place under these circumstances: When His mother Mary had been promised in marriage to Joseph, before they came together, she was found to be pregnant [through the power] of the Holy Spirit.
19And her [promised] husband Joseph, being a just and upright man and not willing to expose her publicly and to shame and disgrace her, decided to repudiate and dismiss (divorce) her quietly and secretly. Matthew 1:18-19, Amplified Bible

Why can we assume that Joseph took his dilemma to the Lord in prayer and meditation? I think there are at least two reasons we can say this. First, we have just seen in the Word in Matthew 1:19 that Joseph is a “just and upright man.” “Just” and “upright” are both descriptions of the Lord, with upright coming from “righteous”, so we know that Joseph is a man of God. It is likely that a true man of God will turn to his Lord for his primary Source of Wisdom and Strength.

Second, we need to consider Joseph’s position: He is a just and upright man whose wife has just become pregnant before they have consummated their marriage. Thus, he would be open to public ridicule and humiliation. What would our response be? To think first of the person who has opened us up to public mockery and shame? Not for the majority of us, and certainly not unless we are extremely well-anchored in the Lord. This is why we must assume that, for Joseph, his Heavenly Father was his Best Friend, his Confidant, and his Strong Tower in times of trouble, and the One he turned to as his Sufficiency. Thus, it is very likely that he has sought the Lord and prayed something very similar to David’s cry in Psalm 139: 24-25:

23Search me [thoroughly], O God, and know my heart! Try me and know my thoughts!
24And see if there is any wicked or hurtful way in me, and lead me in the way everlasting. Psalm 139:24-25, Amplified Bible

There is yet another strong evidence that Joseph spent just such time with the Lord, and that is the response of God to Joseph’s decision to divorce Mary:

20But as he was thinking this over, behold, an angel of the Lord appeared to him in a dream, saying, Joseph, descendant of David, do not be afraid to take Mary [as] your wife, for that which is conceived in her is of (from, out of) the Holy Spirit.
21She will bear a Son, and you shall call His name Jesus [the Greek form of the Hebrew Joshua, which means Savior], for He will save His people from their sins [that is, prevent them from failing and missing the true end and scope of life, which is God]. Matthew 1:20=21, Amplified Bible

Thank You, Lord, for loving us first so that we might love You, and for being Emmanuel, “God with us”! [Matthew 1:23] Please teach us to be faithful servants and to hear Your Word spoken in Your still small voice that we might never miss You, and that we might always remain in You. We ask these things in Jesus’ precious name. Amen.