I am an alcoholic. I know what it is like to burn with a desire to drink that is so overwhelming that family, jobs, and friends mean nothing compared to the desire for liquor. I know what it is like to wake up in a hotel room not knowing where I am or how I got there. I also know the joy of complete deliverance from the power of alcohol addiction and never cease to praise God for such deliverance. ~ Jerry Dunn from God is for the Alcoholic

How can a Christian who has been sober for many years still say he is an alcoholic? 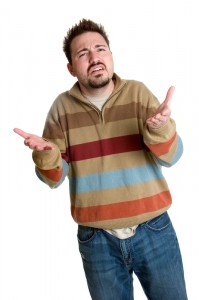 Jerry Dunn, a former president of the Association of Gospel Rescue Missions, caused quite a stir back when his book first came out in the sixties. Some leaders within our movement challenged him by asking, “How can you say you’ve experienced complete deliverance and still call yourself an alcoholic?” Even today, some Christian workers struggle with this dilemma. While his words appear to be contradictory, if we look more closely we will find some real wisdom in them.

A. Misuse, Abuse & Addiction: When Christians think of alcoholism, they tend to focus on whether and individual is drinking or not. Yet, statistically, only about ten percent alcohol users become addicted. The rest are people who drink occasionally, seemingly without any negative impact on their lives. Certainly some drinkers do experience serious harm to themselves and others. But misuse and abuse of alcohol is not the same as the therapeutic condition known as alcoholism.

What separates the alcoholic from the alcohol abuser is loss of control. This means that once an addict begins drinking, he has absolutely no ability to control how much he will drink or for how long he will keep drinking. This is more than just a bad habit or psychological condition. The phenomenon of loss of control has its roots in heredity, brain chemistry, and changes in the addict’s physiology that result from alcohol abuse. This is all accompanied by other negative psychological symptoms such as memory loss, distorted thinking and a preoccupation with drinking. Worst of all, in order to keep drinking, addicts develop a denial system that enables them to avoid, at all costs, the acceptance of the fact that they have lost control of their drinking.

B. Body, Mind & Spirit: There is a simple answer to Jerry Dunn’s apparent contradiction. While he could honestly praise God for the new birth and a renewed mind and spirit, Jerry recognized that he still lived in a fallen earthly body. We know that salvation and sanctification deal with the inner, eternal person. On the other hand, the body (or the flesh as it is called in the Bible) is still part of this fallen world. Until the Christian receives a new body from the Lord, he or she must contend with all of the habituations and corrupted physiology of the old, unredeemed body. This applies to all types of temptation and life-dominating sins, especially alcoholism.

C.The Power of Words: Some believers have worried that saying one is an alcoholic after years of recovery is a negative confession that may actually give alcohol more power one’s life. It has just the opposite effect because acknowledging that I am an alcoholic helps me to remember not to drink! This may seem simple, but in light of the growth of social drinking among evangelical Christians, it’s essential.

By acknowledging that I am an alcoholic, I know in my heart that as long as I walk this earth, if I want to stay healthy, connected to God, sane and sober, the notion of drinking at all, ever, must remain totally out of the question. Helping its participants come to this understanding must be the primary aim of every recovery program. Acceptance is where a fulfilling, sober life actually begins. It is the direct opposite of denial.